Alternative funk rockers, Primus comes to Red Rocks Amphitheater on Thursday 7th May 2015!
Primus, formed in the mid 80's, are one the more seminal and influential bands of the time. They're non conventional conventions have become conventional within popular music, especially with early 90's metal bands such as Korn and Incubus! They are now back with their 'Chocolate Factory tour'.
Expect a night full of fun with Wonka visual flourishes and re-imagining of the soundtrack of the 1971 film! 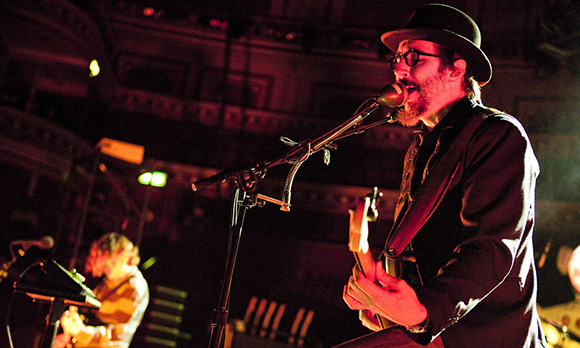 Primus are one of the original and most distinctive alt-metal groups, a whimsical party band with chops that absorbed punk rock, thrash, speed metal, and funk. Originally were categorized as a Funk-Metal band. However, in many years, others have called them Jazz-Fusion.
Primus is all about Les Claypool; there isn't a moment on any of their records where his bass isn't the main focal point of the music, with his vocals acting as a bizarre side-show.
In 2011, Primus released their seventh album, Green Naugahyde. Three years later, the band followed up with Primus & The Chocolate Factory With the Fungi Ensemble, an album that found the band reuniting with former drummer Tim "Herb" Alexander to cover the iconic soundtrack to the 1971 film Willy Wonky and the Chocolate Factory.