Alt-rock Indie band, Rainbow Kitten Surprise come to Red Rocks Amphitheater on Monday, July 11th, 2022 with support from the very special Briston Maroney opening up. Grab some tickets now, and come see the best named band ever, with a mix of tight instrumental chops and jam band finesse, RKS always put on an awesome show, especially here at Red Rocks where they shine brightest and always sell out! 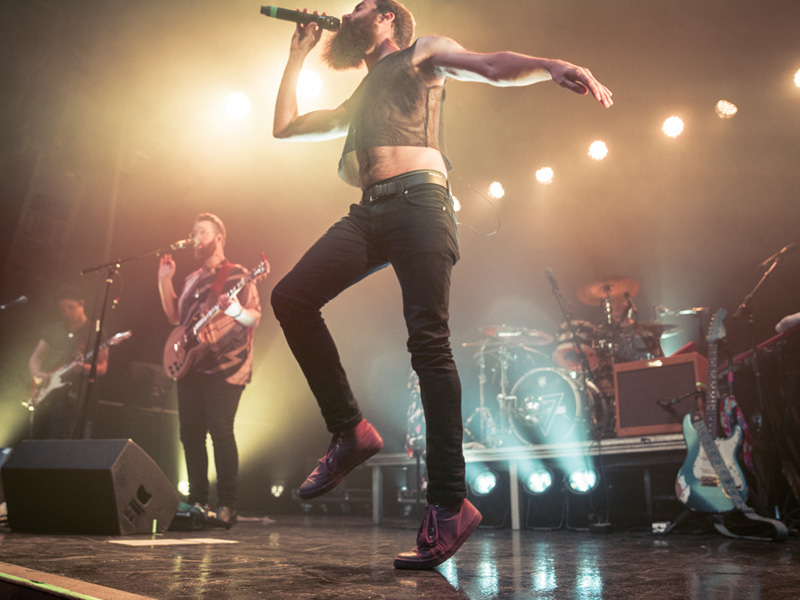 "How to: Friend, Love, Freefall, is a sonic exploration of classic folk, indie rock, hip-hop, and so much more through stunning bouts of instrumentation and moving lyricism. The end result is that RKS has crafted something that truly feels like a celebration of music as a whole.” – ones to watch. How To: Friend, Love, Freefall, is RKS’s third album and was released in 2018. Following a rigorous support tour, including a sold-out stop at Colorado's Red Rocks Amphitheatre and a series of shows in Athens, Georgia, these live shows were then compiled into the 2021 concert album, RKS! Live from Athens, Georgia, which came out in August 2021. Rainbow Kitten Surprise also released a stand-alone single, "Our Song", in 2019.

Indie-folk singer-songwriter and guitarist, all the way from Knoxville, Tennessee, Briston Maroney, has self-released two EPs and has three label released EP’s, including his most recent collection, "Sunflower” which was partially released as an EP in 2020 and then was re-released as a full album in April 2021.