Eclectic indie-pop quintet Rainbow Kitten Surprise bring their upbeat, genre-bending tunes to Red Rocks Amphitheater on Tuesday 11th June 2019! The group, who released their major-label debut How to: Friend, Love, Freefall in April last year, are a fun and engaging live act, whose dramatic use of instrumentation takes fans on a unique journey with each show! RKS will be joined in support for the event by Ohio folk duo CAAMP! 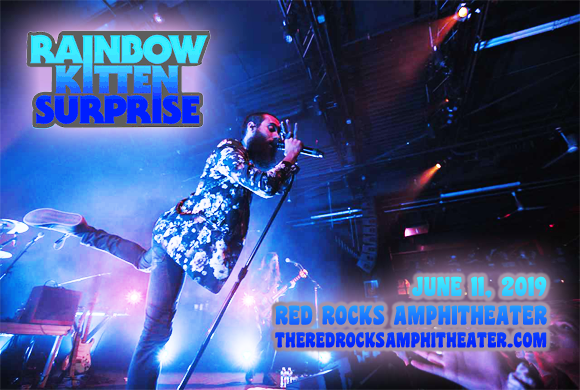 Formed in 2013 in Boone, North Carolina, Rainbow Kitten Surprise are an American indie pop band consisting of Sam Melo (vocals), Darrick “Bozzy” Keller (guitar), Ethan Goodpaster (guitar), Charlie Holt (bass) and Jess Haney (drums). Melo and Keller formed originally as a duo, self-releasing their debut EP Mary before recruiting their fellow band members and releasing their debut album Seven. The success of the group's 2015 self-titled album raised the band's profile, introducing them to a wider audience. They signed with Elektra in 2017 and released their third studio album and major label debut, How To: Friend, Love, Freefall, the following year.