Texas country band, Randy Rogers Band & Casey Donahew Band comes to Red Rocks Amphitheater on Sunday 24th May 2015! The fans’ exuberance was shared by USA Today, which praised the band for having “loads of grit, swagger and heart.”

The Randy Rogers Band built its audience by combining forces: It’s a dynamic live act centered around songs that fit the rowdy, party vibe of the concert circuit! 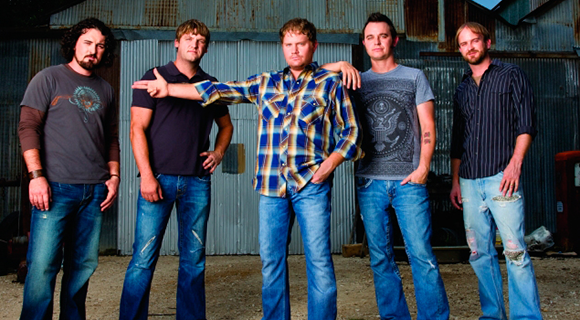 When the Randy Rogers Band's last project debuted as the most-downloaded country album on iTunes, plenty of the industry "insiders" on Music Row were left scratching their heads: Who are these guys?The Nashville elite may not have known about the five-piece band, but much of America already did. Rolling Stone magazine ranked them alongside such artists as U2 and the Stones in its list of Top 10 Must-See Artists in the summer of 2007. They earned $2.5 million-a staggering total for a still-developing act-on the tour circuit in a single year. Willie Nelson, the Eagles, Gary Allan and Dierks Bentley all picked them as opening acts for their concerts. And more than 2,200 people showed up and bought the bands album at an appearance at Wherehouse Music.The fans' exuberance was shared by USA Today, which praised the band for having "loads of grit, swagger and heart."