The Grammy Award-winning singer-songwriter and musician, Ray LaMontagne, just announced The MONOVISION Tour, with the man stopping by to give fans a night to remember at Red Rocks Amphitheater on Tuesday, 10th of May, 2022. The man with a signature soulful and folk character to his voice dropped his eighth studio record, Monovision, featuring singles "Strong Enough" and "Roll Me Mama, Roll Me", last 2020. Ray's artistry shines across his timeless hits including his debut single "Trouble", "You Are the Best Thing", "Beg, Steal, or Borrow", "Such A Simple Thing", and "Supernova". Fans are in for a treat as Ray LaMontagne leads the crowd with his raspy voice singing magnetic lyrics of tracks off of his latest album, and crowd-favorite hits. Book your tickets now! 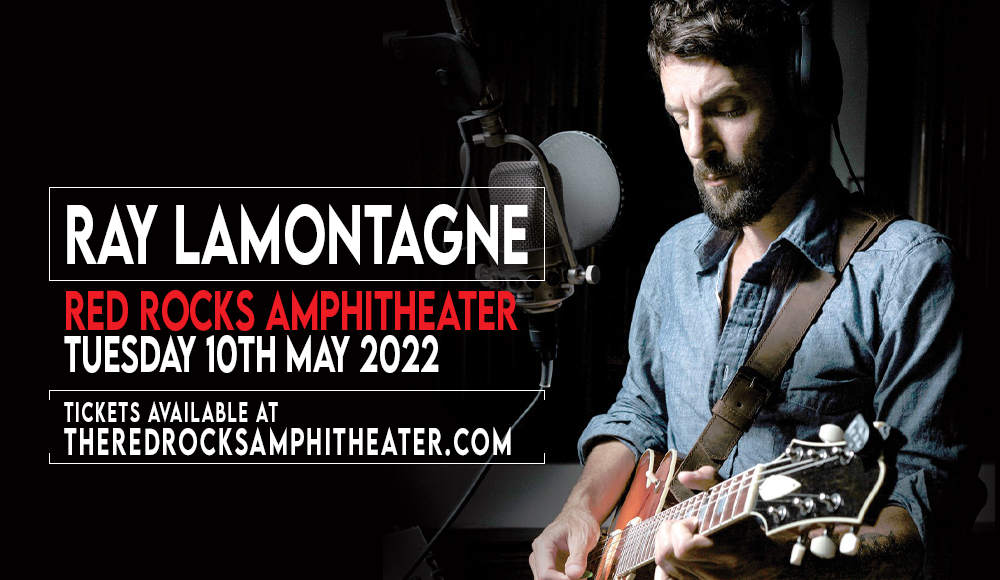 One morning, Ray LaMontagne woke up to Stephen Stills' "Treetop Flyer" playing on the radio, and after which decided to quit his job and take a shot at a career in music. By 2004, he recorded his debut album "Trouble" with acclaimed producer Ethan Johns and signed with RCA. "Trouble" was no trouble at all, selling over 500,000 copies worldwide, marking a successful start.

LaMontagne is known for his charismatic raspy voice and intimate live performances that fans can't get enough of, with People magazine calling him a "marvel of nature". He's got eight studio records, three EPs, and nineteen singles to date.

The man welcomed the new decade with the release of "MONOVISION", an album he made himself to its core, which "provides a soothing escape from everyday life" says NPR. The record features singles "Strong Enough" and "Roll Me Mama, Roll Me".

As Ray enters the new decade, it's time to clear things up and set forth a vision of greater heights and his signature artistry that stays true to its core. Fans have always been enthralled by LaMontagne's magnetic raspy voice, authenticity, and alluring artistry he puts on his work.

With the return of live music across venues around the country, you can't miss out on Ray LaMontagne's comeback on the road, serving live performances off of his latest album, and notable hits across the last two decades. Book your tickets now!