These guys are a regular favorite at the legendary Colorado venue and 2017 is no exception. Rebelution never fail to bring the upbeat, positive energy to their live performances to give fans a real concert experience. Spreading vital messages through their lyrics to promote unity and love – come and skank with them as they hit the stage this Fall! 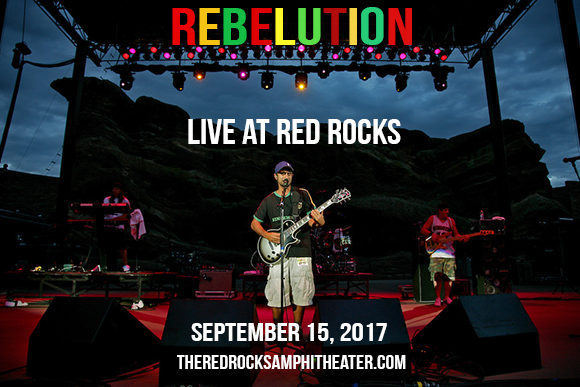 The Cali roots rockers, Rebellion are a must see for any Reggae fan!

Since their debut back in 2007, they have become a permanent long standing name on the music scene, both through their studio releases and live shows, not just across North America but around the world.
Back in 2015 hot off the heels of the announcement for their highly anticipated new album, Count Me In, Rebelution announced a Summer Tour, that of course travelled far and wide and stopped off at Red Rocks. The following year came their most recent, 'Fall Into Place' winning them yet another Grammy Award! Built from diverse musical backgrounds, Rebelution are united by a shared passion for reggae, their 2009 follow-up, Bright Side of Life, topped Billboard's Top Reggae Albums chart!