You may not be able to contain your excitement as Rebelution made its announcement to highlight the 2021 Reggae On the Rocks event. Still, you must Inhale-Exhale and lengthen your Attention Span (see what we did there?) as you might be blown away by the epic lineup of this year's event. The two-night Reggae On the Rocks concert on August 20-21 at the Red Rocks Amphitheater will not only be highlighting our favorite California reggae band but other prominent artists as well. Steel Pulse, Third World, The Itals, DENM, Judge Roughneck & DJ Mackle will make the event worthy for you to spend your weekend nights at the famous Red Rocks Amphitheater. So make sure to mark your calendars, secure your 2-day pass tickets, and tag all your friends because this event will be on top of your concert list. Don't you dare miss it and see you at the Red Rocks! 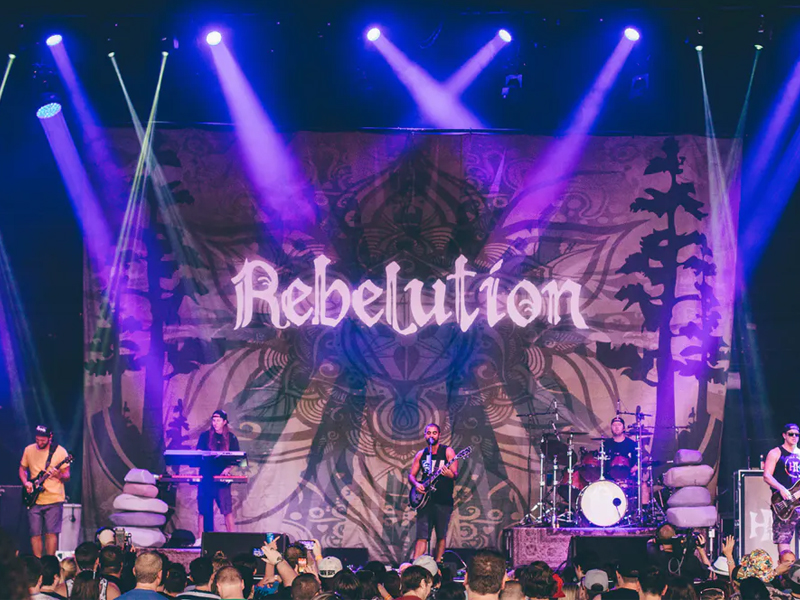 The Grammy-nominated reggae band Rebelution is undoubtedly considered one of the best contemporary Reggae bands in the 21st century. The band enjoys a loyal following among fans, who, over the years, grew along with the band's musicality, instrumentation, and lyricism.

Aside from their highly-successful breakthrough album "Courage to Grow," Rebelution was able to give their fans a variety of albums that genuinely made them a household name among reggae music fans. Their album "Falling Into Place" was nominated by the Grammy's for the "Best Reggae Album" award. Their recent album "In The Moment" also gained the band a nomination for the fans-choice "2021 Album of the Year" award by Surf Roots TV & Radio.

Fans can expect the newer songs from their album to be highlighted in their "The Good Vibes Summer Tour" and the "Reggae On the Rocks" event this August 20 & 21 at the Red Rocks Amphitheater, Colorado. This highly-anticipated 2-night event will also feature a combination of prominent and promising names in the industry. Spectators will surely be in for a treat as they will witness Steel Pulse, Third World, The Itals, DENM, Judge Roughneck & DJ Mackle live in the event.

Rebelution's guest, Steel Pulse, is an England-based roots reggae band that became the first non-Jamaican act to win the Grammy Award for Best Reggae Album. Third World is one of the longest-lived Reggae bands of all time and one of Jamaica's most consistently popular crossover acts among international audiences. Another Jamaican Reggae band to join them is The Itals, together with the Denver-based ska & reggae band Judge Roughneck.

DJ Mackle, on the other hand, is a versatile disc jockey and music producer who is notably famous for his passion for delivering music and energy to the people. Rounding the lineup is the indie artist DENM, whose genuine and reflective songs made him a household name for over a decade. With this dynamic lineup to tour along Rebelution, one can expect nothing but the best concert experience from the one and only Rebelution.