Rebelution is not only showing us the Bright Side of Life but is bringing the good vibes this summer as their "The Good Vibes Summer Tour" is finally here! Be prepared for a solid set of roots reggae to delight the crowd in Red Rocks Amphitheater this August 20. The California-based band will surely bring a performance to the stage that is guaranteed a good time for all fans to behold. Secure your tickets for the first night of their Colorado show and hear the band perform their newer songs from their most recent album, "In The Moment." Call all your reggae-lover friends and be in the moment this summer as Rebelution, together with Steel Pulse, DENM, and DJ Mackle, takes your concert experience to the next level. 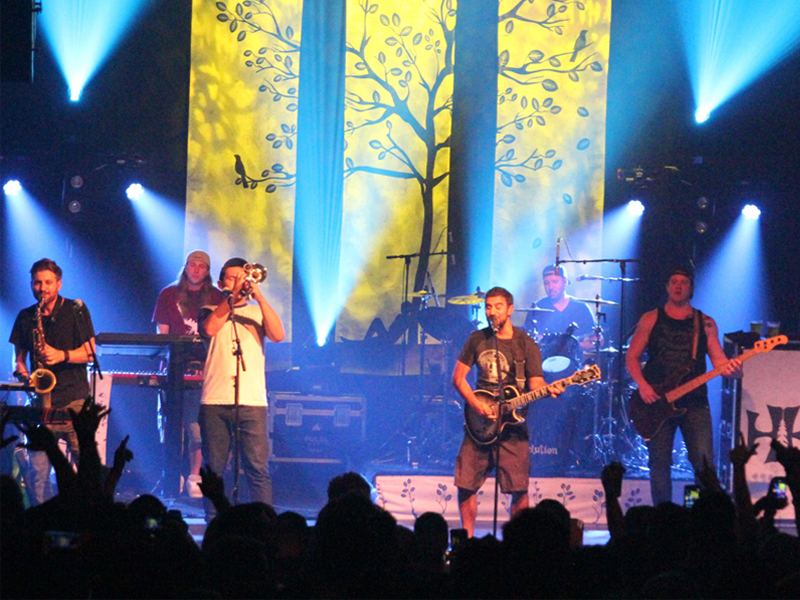 Formed in Isla Vista, California, Rebelution is one of the most prominent bands in the reggae music scene. The band is composed of Eric Rachmany, Rory Carey, Marley D. Williams, and Wesley Finley. The band started out in 2004 and immediately acquired a following from fans who found their debut album promising. From then on, Rebelution was able to produce other seven albums from 2009 to 2021. Their most notable hits include "Feeling Alright," "Fade Away," "Safe and Sound," "Lazy Afternoon," "Courage to Grow," and "Roots Reggae Music," among many others. Their latest album, "In The Moment," is a personal project the boys were able to craft during the pandemic's lockdown.

"There's no question quarantine did us all dirty, but this album shines a light on the silver linings and new perspectives being locked in our homes for six months gave us," frontman Eric Rachmany said in an interview.

The songs in their album will surely light up Red Rocks Amphitheater this August 20 in the band's first night of a two-night concert. As part of their "The Good Vibes Summer Tour," the band will be performing in the famed concert venue alongside guests Steel Pulse, DENM, and DJ Mackle.

Steel Pulse is an England-based roots reggae band that became the first non-Jamaican act to win the Grammy Award for Best Reggae Album. DENM, on the other hand, is a highly sought-after creative force in the indie music scene whose genuine and reflective songs made him a household name for over a decade. Rounding the lineup is the versatile disc jockey and music producer DJ Mackle. With this dynamic lineup to tour along Rebelution, one can expect nothing but the best concert experience — great music and good vibes.