It's kind of ironic to feel Safe and Sound in a sea of crowd, but that's what you'd feel this Sunday, August 21, at the Red Rocks Amphitheater, as you jam along with thousands of Rebelution fans in their Reggae On the Rocks concert. As part of their Good Vibes Summer Tour, the California-based band will take the dynamic lineup of Steel Pulse, Third World, The Itals, DENM, Judge Roughneck & DJ Mackle. Grab your tickets as early as now because this is going to be a concert event that will blow your mind. With this powerful lineup, you will surely be Feeling Alright and will be grooving to Roots Reggae Music of the one and only Rebelution. 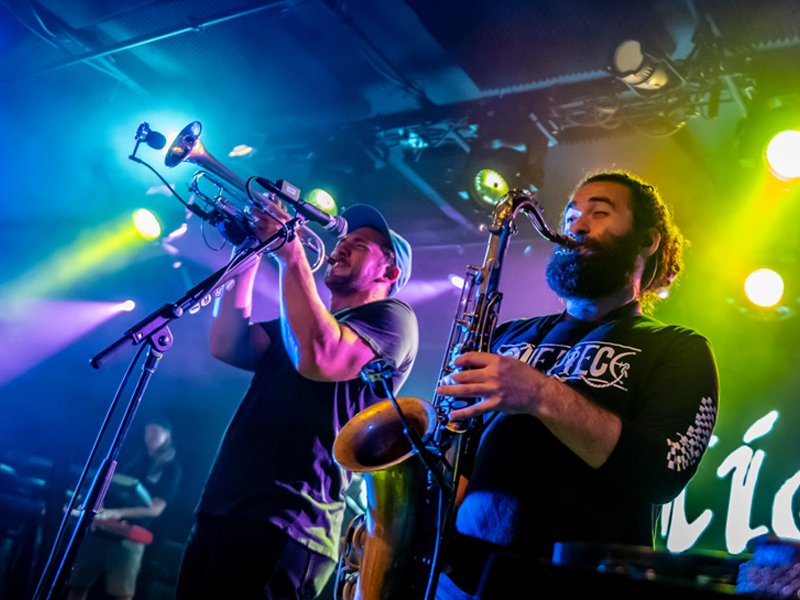 Considered to be one of the best contemporary Reggae bands in the 21st century, Rebelution enjoys a dedicated following among fans who are enthralled by their musicality, instrumentation, and lyricism. Their debut album "Courage to Grow" brought a breath of fresh air to fans who found their crafty melodies, socially conscious lyrics, and savvy musicianship worthy of cult following. The album was one of the most downloaded reggae albums on iTunes and was named the iTunes Editors Choice Best Reggae Album of 2007. Indeed, the album is Rebelution's breakthrough album.

The band would then go on to dominate the contemporary reggae music scene by producing several best-selling albums and selling out tours and concerts. Not to mention the notable song hits the band gave its fans over the years. These include the songs "Safe and Sound," "Courage to Grow," "Roots Reggae Music," "Attention Span," "Pretty Lady," and "Feeling Alright," among many others.

Throughout their career, Rebelution gave their fans a variety of albums. One of which earned them their first Grammy nomination in 2017. The album "Falling Into Place" was nominated for the "Best Reggae Album" award. The band, led by Eric Rachmany, was also nominated for the fans-choice "2021 Album of the Year" award by Surf Roots TV & Radio for their album "In The Moment."

Fans can expect the newer songs from their album to be highlighted in their "The Good Vibes Summer Tour." Along with Steel Pulse, DENM, Third World, The Itals, Judge Roughneck, and DJ Mackle, Rebelution will give their fans a concert experience they will never forget. After all, it has been nearly three years since the band has toured.