It’s getting exciting at Red Rocks Amphitheater as Reggae fans are well and truly going to get their fix with his insane, powerful line up! Of course, we’re talking about the Reggae On the Rocks event with none other than – Rebelution, Stephen Marley & Chronixx! Now confirmed and on sale, here’s your chance to catch them on Sunday 26th August 2018! Three big names in Reggae history and future – come, soak up the vibes! 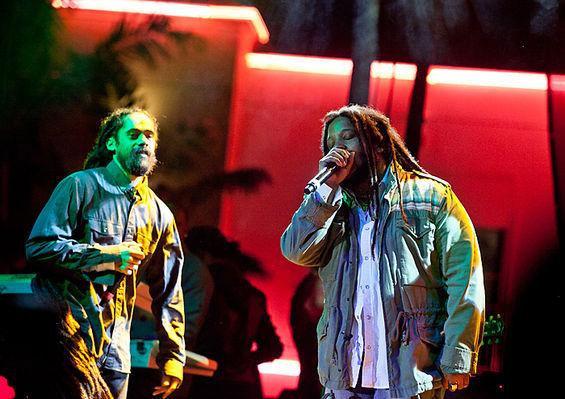 As the son of the Reggae king himself, Bob Marley – Stephen Robert Nesta "Raggamuffin" Marley carries on his father's legacy as a successful solo musician and singer in his own right. The eight time Grammy Award winner is a triumph of an artist. His soulful vocals hold so much intimacy and his tone is much like Bob's. As well as his own music, he is also a producer and has worked with his sibling, Damian Marley on his albums such as the huge record, Welcome to Jamrock.

Chronixx is one of those names that crept up on the music scene, far and wide around the globe, in a slow but sure way and now he is one of the biggest stars in Reggae right now. Not just in the roots, soundsystem genre's but in a mainstream light as well. With sleek dub anthems such as "Here Comes Trouble" "Majesty" and of course, "Who Know's" with fellow Jamaican star, Protoje, these guys are taking the world by storm and leaving it feeling blessed, inspired and thankful that music like this exists!!