The most exciting EDM producer and DJ right now that everybody is talking about is of course – REZZ! And with her newly found success comes an unstoppable headline tour! As fans can experience her live in concert as she drops tune after tune – tickets are now on sale for her two dates at Red Rocks Amphitheater for Thursday and Friday! Catch her Thursday 2nd September 2021 performance right here, right NOW! The countdown has begun… 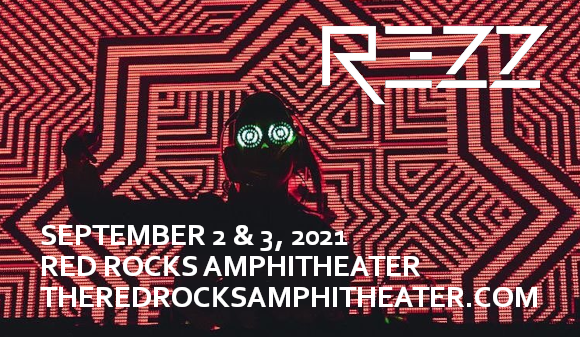 The mind blowing and talented DJ REZZ has transformed her career from the underground to viral success, the amazing name behind REZZ is Rezazadeh. From her home studio, with the help of just her laptop, REZZ began to write and produce songs and showcase them online. As she uploaded her tracks to her SoundCloud account, so much hype sorrounded her online presence and REZZ kept on producing and within just a year of making music, she was able to release her track "Serenity" via Deadmau5's label Mau5trap!

One year after her first single release via the label, REZZ gave the music scene a fresh new EP titled The Silence is Deafening in 2016 and followed it up with yet another EP later on that same year. Her second EP kick started her mainstream success, hitting the Billboard Dance Charts in the US and gaining her a wider fan following. Since then she has created a debut album, Mass Manipulation which followed in the same footsteps and grabbed the spotlight with high digital sales and in record stores across the nation. With this incredible album she secured the titled of best Electronic Album of the Year at the Juno Awards and has been able to spread her next releases further afield.

With so much excitement now surrounding REZZ, she now embarks on a tour for 2021 across the US and will be bringing all of her incredible skills to the live stages across North America! Lucky fans can now grab the chance to see her as she gives an unforgettable showcase at Red Rocks Amphitheater this coming Fall! Don't miss REZZ live in concert – there's no doubt in mind that she will captivate the crowd and leave everybody wanting more!