Searching for the biggest and best EDM night?! Then look no further as the powerful talent that is REZZ will be coming down to Red Rocks Amphitheater on Friday 4th September 2020! REZZ has been storming the world with her incredible releases, but nothing beats seeing a talented DJ take to the centre stage! Get ready for her groundbreaking concert at Red Rocks and start your weekend early! 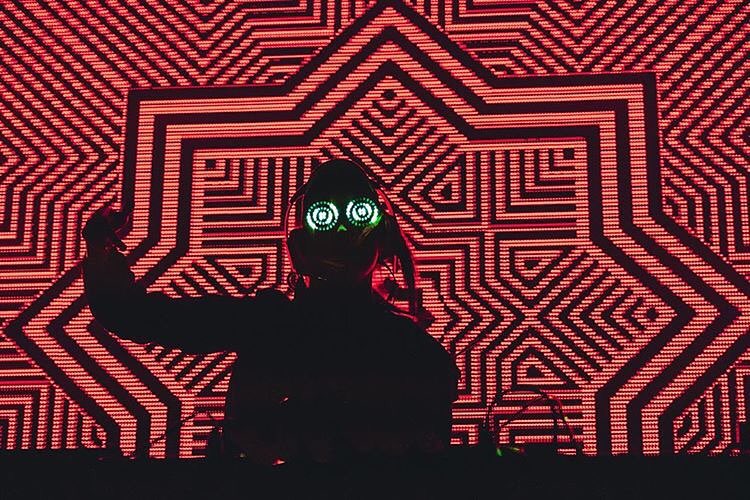 Everybody is talking about the most exciting artist in EDM and Techno right now and it's pretty clear to see why as REZZ has been transforming the electronic music scene ever since she first began in 2015. In just a few years, REZZ has progressed into the Dance charts and secured a wide spread following, both online and in person as she performs her tracks on stage to an energetic crowd. The writing process first began in 2015 by the talent behind it all, Rezazadeh. As she found her new passion for making music, REZZ kick started a career producing tracks and uploading them to SoundCloud. As the response for her songs were nothing but positive, REZZ continued on her mission to create and release material including her debut single "Serenity" which was released via Deadmau5's label Mau5trap!

With the backing of Deadmau5 and his followers, REZZ became an absolute sensation and was able to record two EP's, the first was 'The Silence is Deafening' in 2016 and later on that same year she topped it all with her second EP which was featured on the Billboard Dance Charts, leading her to write and release a full length record 'Mass Manipulation' which once again hit the big time, winning her a Juno Award for Best Electronic Album of the Year! This incredible triumph helped to put her on the musical map for all to see and REZZ hasn't stopped to look back ever since!

With some amazing achievements under her belt and of course the flawless talent that she possesses, REZZ gives her fans a night to remember as she performs and 2020 brings her back to the stages across North America! Don't miss her skills as she handles the beats and makes the crowd go wild! There's no better place to be this Fall, then at Red Rocks Amphitheater! Tickets are on sale above for this unmissable night of EDM at it's very best!