This August 31, come see the powerful and enchanting Rezz, the ground-breaking Canadian DJ, at the iconic Red Rocks Amphitheatre! Rezz's sound is an explosion of heavy bass, eerie soundscapes, and hypnotic beats, which have made her one of the most celebrated names in the EDM world. Listen to her masterpiece from her adrenaline-inducing studio album "Spiral" such as "Time," "Out of My Head," "Paper Walls," and "Let Me In." Also, you can jam to her all-time favorites such as "Menace," "Puzzle Box," and "Silent Hill." Don't miss your chance to experience Rezz's mysterious and atmospheric sound at one of the most beautiful venues in the world. Get your tickets now for an unforgettable night of music! 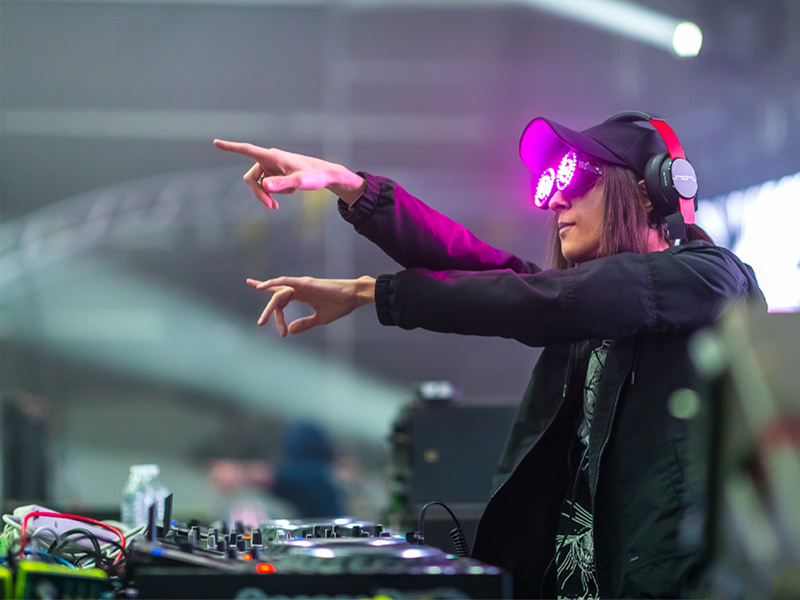 Rezz, the Canadian DJ and producer, has made a huge impact on the EDM world since her debut in 2015. Rezz, also known as Isabelle Rezazadeh, has taken the EDM scene by storm with her unique signature sound and high-energy sets. Her music is a combination of dark, hypnotic, trippy, and eerie vibes blended with heavy bass.

Rezz grew up in Niagara Falls, Ontario, and began producing music as a hobby at the age of 16. She quickly developed a passion for music production and was inspired by the likes of Deadmau5, Zeds Dead, and Skrillex. She was soon signed to Mau5trap records, a record label owned by Deadmau5, and released her first EP, "Insurrection." Her music was a huge hit, and she quickly gained a huge following. Since then, Rezz has released four studio albums and numerous EPs and singles. She has also toured extensively around the world, including appearances at major festivals such as Coachella, Electric Daisy Carnival, and Tomorrowland. She has collaborated with artists such as Skrillex, Malaa, and 1788-L and her music has been featured in video games and films.

Rezz's unique sound and production style have made her one of the most sought-after DJs in the EDM scene. Her music is dark and eerie yet upbeat and energizing, which is why it resonates with so many fans. She is also known for her innovative use of visuals and lighting in her sets, making her shows even more captivating. Rezz continues to push the boundaries of EDM, and her music has changed the way people experience electronic music.