One of the freshest acts EDM has seen emerging over the past few years, fans can't get enough of Australian trio Rufus Du Sol! The Grammy-nominated performers are bringing a brand new tour to Red Rocks Amphitheater for two nights (the first being Wednesday 11th August 2021) and they'll be performing from their 2018 smash hit album Solace, as well as brand new material from an eagerly-awaited upcoming record! Lovers of the band don't have to miss a thing with the 2-day pass, available here – just click the link! 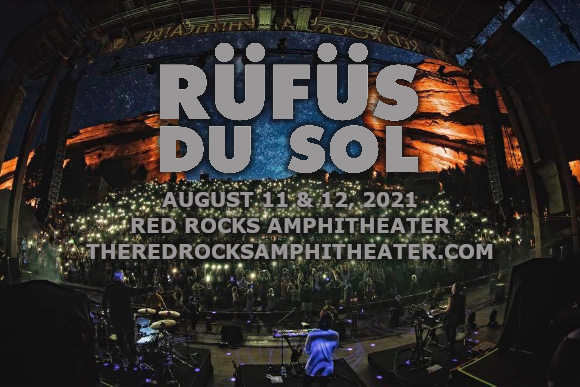