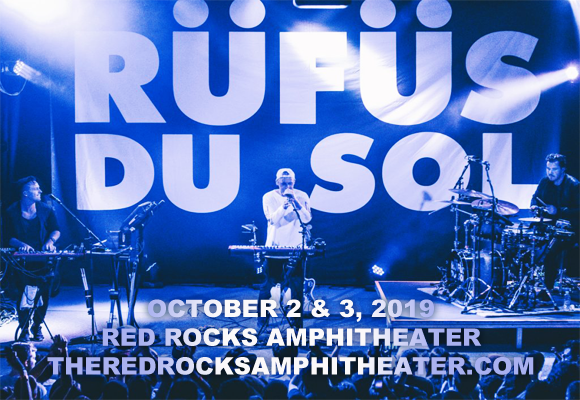 Formed in Sydney, Australia in 2010 by Jon George, Tyrone Lindqvist and James Hunt, Rüfüs Du Sol (formerly known as Rüfüs from 2010–2018 in Australia) is an Australian alternative dance group. The group released its debut EP, RÜFÜS EP, on January 1, 2011, followed by a second EP, RÜFÜS BLUE, in April 2012. The albums were well received in Australia, gaining the attention of critics, but it was their debut album, Atlas (2013), that brought the band mainstream success, debuting at number one on the Australian Albums Chart. Their 2015 follow-up, Bloom, also debuted at number on the Australian Albums Chart, and their most recent album, Solace (2018) peaked at number two, as well as reaching number six on the Billboard US Top Dance/Electronic Albums Chart. It launched the singles "Underwater" and "Lost in My Mind".