Red Rocks Amphitheater brings another exciting show for you to get your hands on! Right here, right now… Get ready to catch one of the hottest names on the current Hiphop music scene! Russ is coming to Red Rocks and the energy is about to become off the chain! There's nothing better than being part of something special in a live crowd… If you’re a fan of Russ, then be sure to head on down on Saturday 28th October 2017 for a night you won’t soon forget! Tickets are selling out fast, don't wait too long! 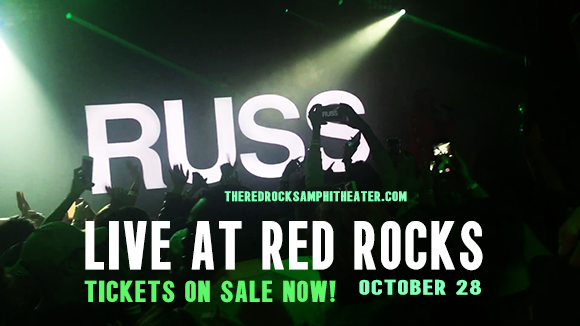 Put your hands together for Russ….

Taking influence from the greats in his time from the R&B and Hiphop charts, G-Unit, 50 Cent and Eminem – Russ started up his own music career and started to produce singles, in the last few years he has taken to the stages around the US and exploded on the mainstream radio with tracks such as "What They Want" and "Losin Control", along with more!

Coming from humble beginnings in New Jersey, then moving around to a few places, has helped shaped his songwriting and given him a range of inspiration, writing ideas in his notebook from the age of just 7 years old and by the age of 14, he was making beats, at the age of just 18 years old, he recorded his first ever song! Now he combines all of his love for music through professional albums, with his talented raspy rap flow as he sings into a the mic and travels around the country…

Come and show your support as he takes to the Red Rocks stage this coming Fall – tickets available online today.