It’s time for some new Sentiment’s, as Colorado native, Said The Sky comes to Red Rocks Amphitheater on Sunday, August 14th 2022. Grab your tickets and get your spot on the rocks! “Red Rocks, let’s do this again! Feels like I was just here, but so stoked to come back and give this beautiful venue a brand-new set, full of music new and old. Some Sentiment songs, some Wide-Eyed songs and everything in between.” Said Trevor at the announcement, “see you in August, Colorado!” His brand-new album, Sentiment, officially dropped in February, so come along for your first live listen. 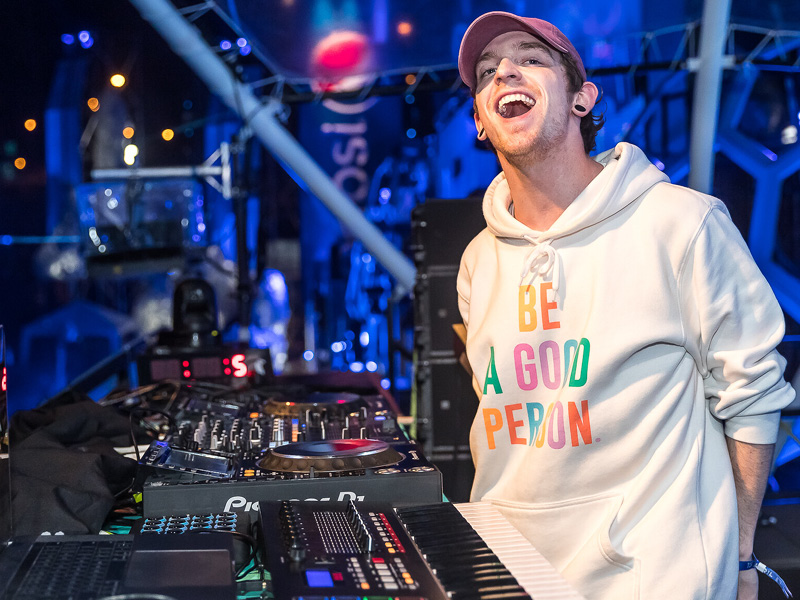 EDM producer, DJ, and musician, Said the Sky, whose real name is Trevor Christensen, comes from Denver, Colorado and has been playing piano and various instruments since the age of eight! He attended Berklee College Of Music before starting the Said The Sky project and self releasing his debut EP, Faith, in 2014, and following it with, Painted White, in 2015 where he collaborated with Illenium and Cristina Soto. Since then Trevor has collaborated with a number of EDM, pop and rock artists, DJs Illenium, Seven Lions, DJ 3LAU, Artists Dabin, Matthew Koma, Car, Mothica, Melissa Hayes and many others to produce some stunning remixes and fresh new music. His first studio album, Wild-Eyed, out in 2018, featured collaborations with Dabin and Matthew Koma and DJs Slander, Illinium and others.
And now, after what feels like a lifetime, we can finally get to hear his sophomore album, Sentiment, which officially dropped in February 2022, and features collaborations with Dabin and Matthew Kom. Bringing a melodic background and technical training into his work, he is able to capture everything beautiful in what people know as EDM. His music is what he hopes it to be, an experience: a captivating blend of moving bass lines and soaring melodies. This is nothing you want to miss.