Country fans put your hands together as the amazing – Sam Hunt, Maren Morris & Chris Janson ALL come to Red Rocks Amphitheater on Tuesday 22nd August 2017! This is the second night of the two exciting LIVE shows at Red Rocks and you can grab the chance to be there! Tickets are selling fast – get ready by booking yours today and head on down for the unmissable summer night… 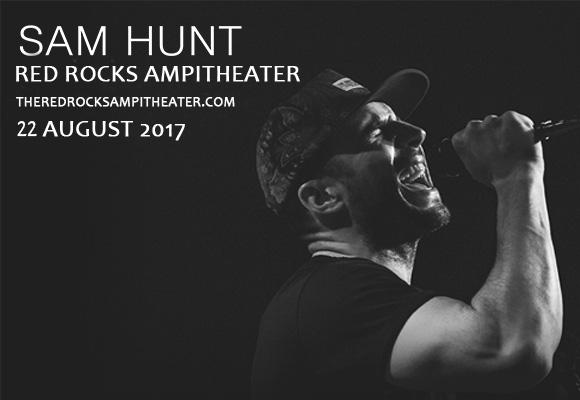 Sam Hunt began his career in music not as the solo artist that we all love and today but writing for the greats on the scene such as songs for; Kenny Chesney, Keith Urban and many more.

But it was just a matter of time until the release of his very own record “Montevallo”, which exploded onto the mainstream and made him the rising superstar! The album alone has gained him endless airplay time and the first Country musician in an impressive 22 years to reach the top position in not just one, not two but three country charts all at once! If you haven't seen this guy perform – now is your chance!