Velvet-toned king of the 2015 Grammy Awards Sam Smith is celebrating his monumental victory by heading out on tour across North America this summer. Still surfing the wave of winning Best New Artist, Record of the Year, Song of the Year, and Best Pop Vocal Album, the captivating British star brings his stunning voice to Red Rocks Amphitheater on Tuesday 4th August, for what will be a night of electrifying, beautiful music! 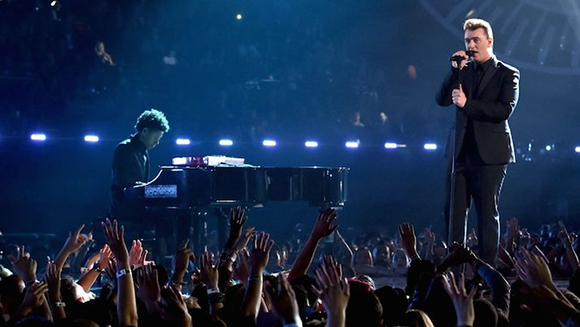 British singer songwriter Sam Smith was catapulted to fame when he featured on English electro duo Disclosure's 2012 single “Latch”. He proved his talent when his subsequent feature, Naughty Boys' “La La La”, rocketed to number 1 on the UK Singles Chart. His second solo single “Money On My Mind” followed suit, as did the third single from his debut album In the Lonely Hour “Stay With Me”, which not only reached number 1 in the UK, but came in at number 2 on the US Billboard Hot 100. With this success, his popularity in both countries was cemented; his next single reaching the top 5 on both sides of the pond. 2015 has already seen amazing things for Smith, with six Grammy Award Nominations and four wins.