Ladies and Gentlemen, Boys and Girls, everybody come on down, it’s the comedian’s comedian, 2018 Comedian of the year, funny man Sebastian Maniscalco, comes to Red Rocks Amphitheater on Wednesday, August 18th 2021 for one night only! Grab your piece of the funny life, your slice of a darn good night out, grab your tickets right here, if the rocks had a roof, Sebastian would be raising it. 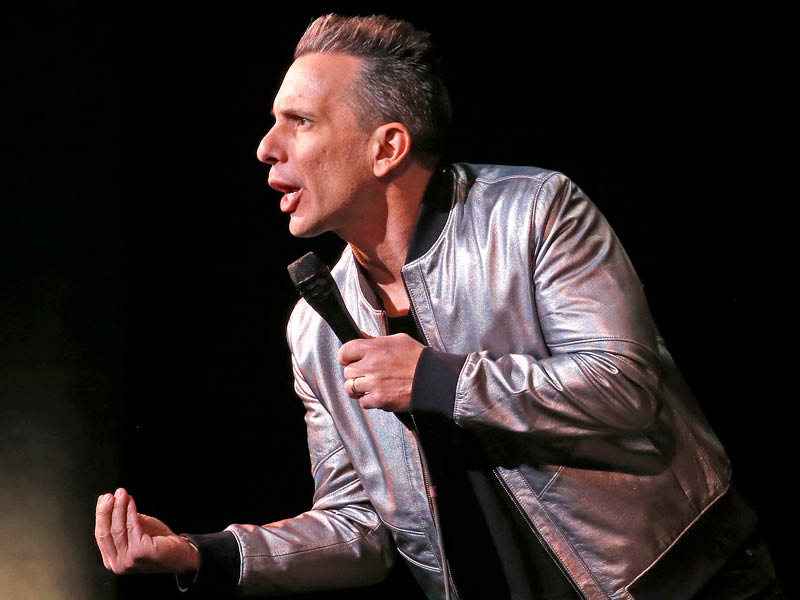 Sebastian Maniscalco has reached heights that few comedians could ever dream about. With a string of record-breaking, sold-out arena and theater shows; a best-selling memoir, Stay Hungry; and a role in Green Book, which won Best Picture at the Academy Awards, and Billboard honored him with their inaugural “Comedian of the Year” award in 2018. The man Jerry Seinfeld calls “my favorite comedian” was one of Pollstar’s top 30 highest-grossing performers in the world, and was nominated for that publication’s Comedy Tour of the Year award, and was dubbed “the comedian’s comedian” by People Magazine in 2019. It's not all comedy to Sebastian, he acted alongside Robert DeNiro, Al Pacino, and Joe Pesci in Martin Scorsese’s, The Irishman, on Netflix in 2020. Vulture Magazine noted, “Maniscalco, without a breakout TV or film role, built a tremendous fan base the old-fashioned way: one joke at a time, one audience at a time." The comedian expresses great pride in this hard-fought trajectory. “When I first started doing comedy, I never thought about doing arenas,” he says. “But in the course of 21 years, hitting the pavement, taking pictures with people, I developed a very loyal fan base. A couple would come to a show, then they’d come back and bring their family or their neighbors, and it just kinda swelled. Now you have limo buses pulling up to the shows—it’s just staggering.”