Seven Lions brings you Higher Love with Jason Ross and more at Red Rocks Amphitheater on Thursday, June 23rd, 2022. Come on, Members of the Pride, the climb up to the top of the rocks is so going to be worth it! Seven Lions joins up with his good friend Jason Ross for an all night EDM party High in the Sky, so grab your tickets right now and let’s get to some Higher Love!
“It has become quite apparent that everything dubstep producer Jeff Montalvo, better known as Seven Lions, touches is instantly transformed into a work of delicate and ethereal beauty.” —DANCING ASTRONAUT 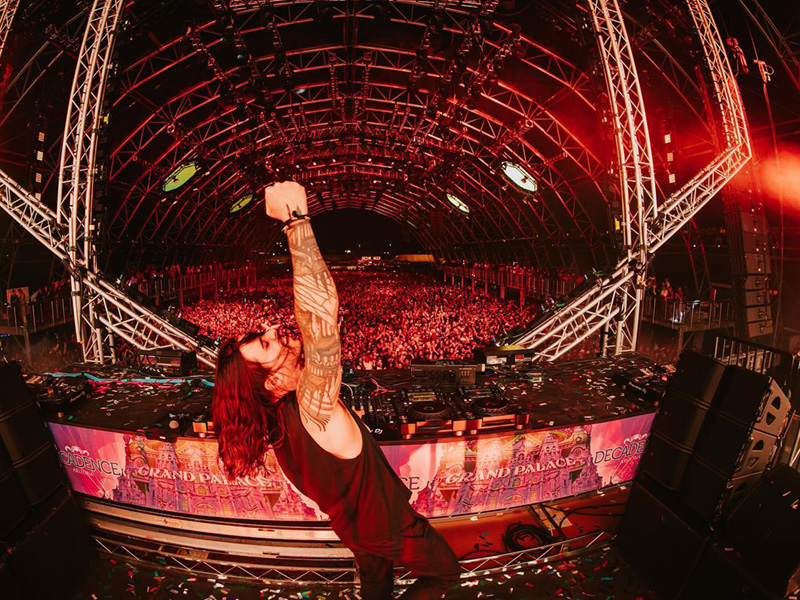 “I’m so stoked to be coming back to Red Rocks on June 23rd! I’ll be joined by my good friend Jason Ross and more TBA.” Said Seven Lions on Facebook. He and Jason Ross also just released a new two track EP with Fiora, “See You Again”, is out as of January 7th. The two tracks of the EP are, “See You Again”, a future bass track that has appeared in Jason Ross’ and Seven Lions’ live sets throughout 2021, followed up by, “Orpheus”, an instrumental piece with elements of psytrance, future bass, and dubstep.

Seven Lions is Jeff Montalvo, an EDM artist whose musical style combines the diverse sounds of trance, melodic dubstep, drum and bass, glitch hop, and electro house. Jason Ross is no stranger to Seven Lions and the Ophelia brand. The two most notably teamed up for the smash hit “Higher Love” back in 2017 as well as the songs, “Ocean” in 2018, again in 2019 for “Known You Before”, followed by, “Foolish of Me” in 2020 and “Pantheon” in 2021. The two producers have toured together extensively, including at all three of Seven Lions’ Chronicles events.