One-man band Shakey Graves will embark on a 60-date North American tour spread across spring, summer, and fall this 2022! The tour includes a stop at the Red Rocks Amphitheater on Monday, 5th September 2022. The Americana singer will take the stage at the Red Rocks and will perform repertoire from his extended plays and three studio albums, Roll the Bones, And the War Came, and Can’t Wake Up. Don’t miss this opportunity to see Alejandro Rose-Garcia – the mastermind behind the moniker Shakey Graves – and bear witness to his unique and nostalgic garage-folk style of music. Tickets to see Rose-Garcia are now available! 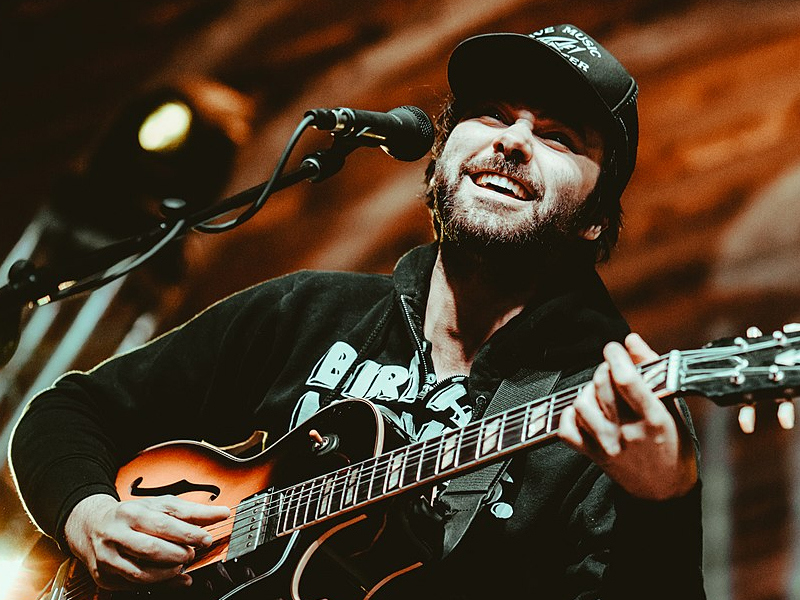 Alejandro Rose-Garcia may seem familiar to some. Before becoming known as the Americana dabbling musician, he took minor roles in the TV series Friday Night Lights and Spy Kids. However, that’s all in the past. He’s now a full-time musician who’s revered by indie music-loving fans. His humble beginnings include opening in shady local clubs to being an official busker for Mumford & Sons’ concert patrons entering the venue. His first album, Roll the Bones, was recorded in a makeshift studio in Los Angeles and sold through Bandcamp, a popular music-sharing website among indie fans and musicians.

While performing clubs with a guitar and makeshift suitcase that served as percussion, the “suitcase musician” started getting noticed. He eventually became a hometown favorite with consistent gigs and his unique garage-folk style music. By 2014, Rose-Garcia released his second album, And the War Came, via Dualtone Records, after which he soon began touring as a three-piece band. Rose-Garcia won the American Music Award for Best Emerging Artist one year later.

It wasn’t until four years later, in 2018, before Rose-Garcia would release his third album, Can’t Wake Up. The album peaked at number 9 on the US Billboard Folk Albums chart.