The incredible folk-rocker Shakey Graves comes to Red Rocks Amphitheater on Thursday 15th August 2019! Come and catch his unforgettable performance as Shakey Graves brings his Americana music to the live stage on this special summer evening. Fans can't get enough of his talents, so be sure to head down for the main event! Book your tickets while you still can online here today… 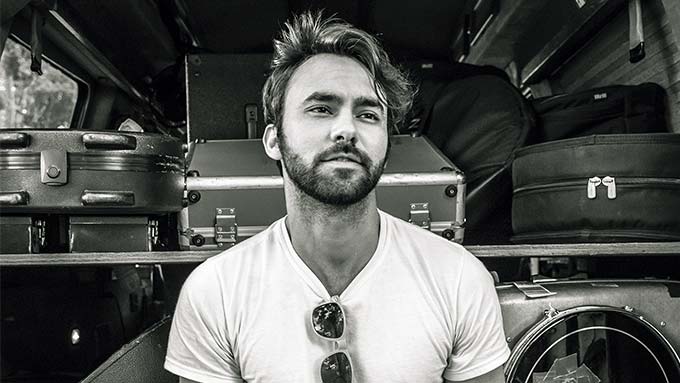 The solo star has proven throughout the years that he has got what it takes to be center stage, with his unique performances that have helped to put him on the map. In 2011, he joined Mumford and Sons on their Railroad tour and gave a busking style show for the fans attending, getting his name well and truly out there. And just one year later he was able to release to the world his 2012 EP, The Donor Blues!

It's no wonder that labels across the board wanted to sign Shakey Graves up for his rare and original talent, unlike most music around, so with a sign to Dualtone Records he started working on his first proper album, which sparked creativity and included multi-instrumentalists Patrick O'Connor and Christ Booshda. After it's release, he began to take to the road, with a three piece band behind him and during his time touring, was featured on Conan in 2014 and later on The Late Show with David Letterman, this really got the ball rolling for Shakey Graves and with so much hype forming around him, the band were asked to appear on The Late Night with Seth Meyers and just one year later, they performed on Austin City Limits – a triumph that so many set out to accomplish.

With Shakey Graves unforgettable performances, he won the Best Emerging Artist award at the 2015 Americana Music Awards and was pushed into a more mainstream, more accessible setting for a worldwide fanbase. You can listen to a wide collection of sounds available on the Bandcamp page, making it available for every one of his fans.

Last year was an exciting year for Shakey Graves as the brand new album 'Can't Wake Up' was released in the spring time. Following it's release comes a full blown tour that is still very much on the road… for summer 2019, Red Rocks is truly the place to be.

Red Rocks brings a full packed summer concert season and Shakey Graves will be there to join in the fun – purchase your tickets for this groundbreaking evening – it's never too early to get prepared!