The epic EDM duo, Slander brings you Thrive on the Rocks at Red Rocks Amphitheater for a second night on Thursday, November 10th 2022, and they bring along EPTIC, Dimension, Leotrix, and Nitepunk, for some very special sets! Don’t miss out on an extra special night as Slander bring you their brand-new album, Thrive, which is due out in September. Grab your tickets here for an epic night of new EDM. 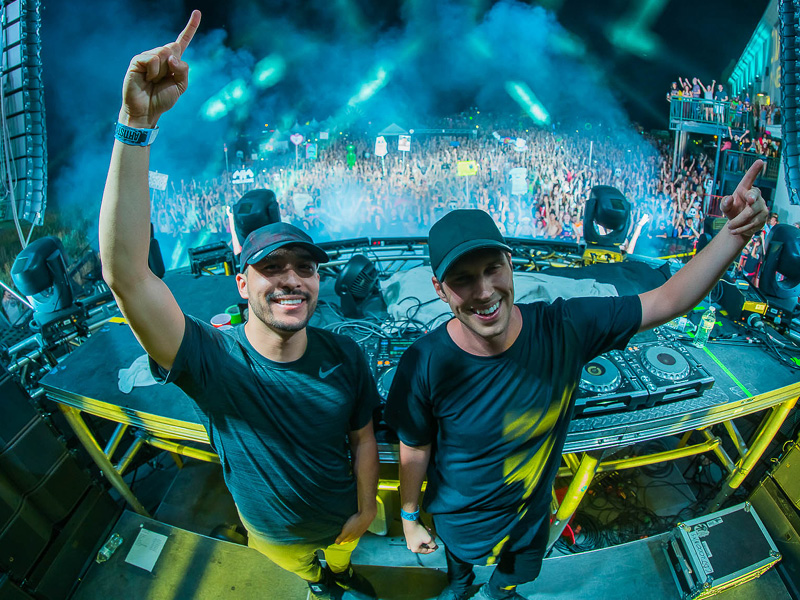 After a long 12 years of making some fantastic music, Slander will finally release their own album, Thrive. Slated for release on September 22nd, the album will include the recent singles "Walk On Water" featuring a duet with RØRY and frequent collaborator Dylan Matthew, "Halfway Down" with Ashley Drake, and the third track “Replay,” which the duo dropped at the Coachella Valley Music & Arts Festival.

The EDM duo, Slander are Derek Andersen and Scott Land, and they are both from Los Angeles, and are most often spotted hanging with Nghtmre as the three all went to college together and frequently collaborate together. The duo have overtime collected an avid fan base and have developed into festival mainstays, performing at EDC (Las Vegas, Orlando and Mexico), Nocturnal Wonderland, Electric Zoo, Sun City Music Festival, Ultra Music Festival, and their very own festival, Starbase Music Festival.

All the way from Belgium, the Dubstep DJ and Producer, Michaël Bella, known by his stage name Eptic, is most well known for his extended play, Overlord, which peaked at 22 on Billboard's Top Dance and Electronic Albums chart. His latest project is the single, "Hitta" where he collaborated with Marshmello and Juicy J, in 2021.