Derek Andersen and Scott Land of Slander comes to Red Rocks Amphitheater on Wednesday, November 9th 2022 with a full night of serious EDM featuring very special sets from Sub Focus, Moore Kismet, Leotrix, and Saka. Get ready to Thrive on the Rocks! The duo will be bringing their brand-new and debut album, Thrive, which is due to drop in September, out for the first time in Colorado, so, grab some tickets, this will be epic! 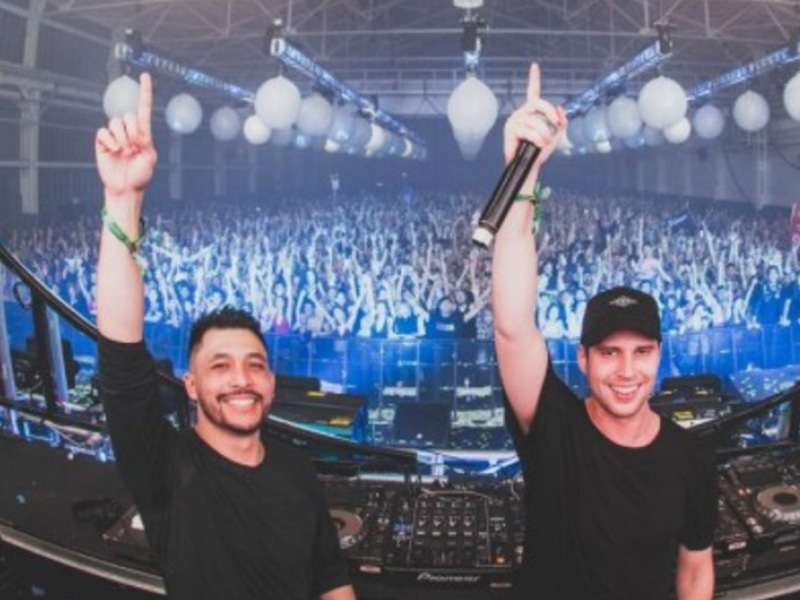 Their long-awaited debut studio album, Thrive, is slated for release on September 22nd. The LP will include the recent singles "Walk On Water" featuring RØRY and frequent collaborator Dylan Matthew, and "Halfway Down" with Ashley Drake, and the third track “Replay,” which the duo dropped at the Coachella Valley Music & Arts Festival.

Heaven Trap creators, Slander, are Derek Andersen and Scott Land, and they are both from Los Angeles. I guess it comes from living in the city of Angels?! Through their meticulous blend of emotional lyricism and bone shaking drops, Derek Andersen and Scott Land have built a passionate family of fans along their evolution to the status of festival mainstays. They have performed at EDC (Las Vegas, Orlando and Mexico), Nocturnal Wonderland, Electric Zoo, Sun City Music Festival, Ultra Music Festival, and their very own festival, Starbase Music Festival.

All the way from Guildford, Surrey, England, veteran drum ’n’ bass DJ, producer, songwriter, musician and sound engineer Nicolaas Douwma is better known by his stage name Sub Focus. His latest project is Reworks 1, released in 2021, but he has notched a string of Top 40 UK pop hits since arriving on the scene in the early 2000s.