Reggae fans it's time to get excited! As Slightly Stoopid, Soja, The Grouch and Eligh & Zion I Crew comes to Red Rocks Amphitheater on Saturday 6th August 2016! It's an incredible line-up of some of the best talent in roots music and you have the chance to catch it all LIVE… Slightly Stoopid are "a fusion of folk, rock, reggae and blues with hip-hop, funk, metal and punk," as they bring their Return of the Red Eye Tour on the road, they have booked dates deep in the Summer, so that fans can enjoy their brass led feel good anthems in the sunshine! 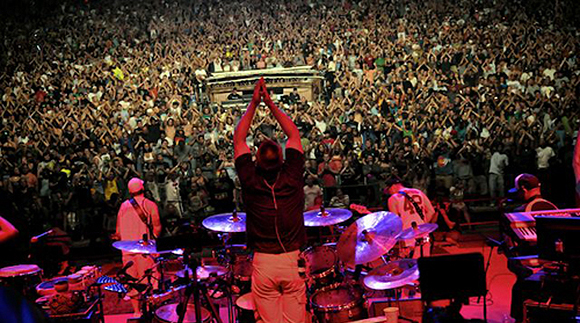 Soja are making their mark in the Reggae world with their Grammy-nominated music. Their upbeat eight-member band has released a number of singles, albums, and DVDs. Their albums are successfully hitting the mainstream with their third release 'Born In Babylon' smashing the charts at #11 on the Top Heatseekers chart and their 2012 album Strength to Survive topped the Billboard Reggae Album Chart!

"Great vibes. irie feel. incredible vocals. perfect sound. amazing band skills. super sick show period. one of the best performances I've seen to date. the live was amazing. and the band love after the show to the fans was overwhelming. Grammy award worthy without a doubt."