Colorado favorites Slightly Stoopid are back again! The fun-loving seven-piece are winding down their How I Spent My Summer Vacation 2019 tour at Red Rocks Amphitheater on Saturday 17th August 2019, and you know they're gonna go out with a bang! Not only will the reggae-rock-fusion act be performing a full-on headline set, but they'll be bringing Matisyahu, Tribal Seeds and HIRIE in support! 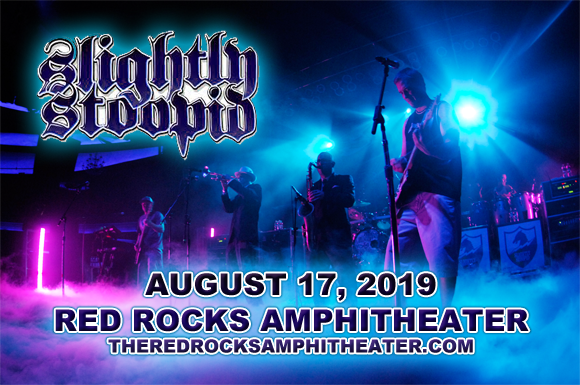 Formed in Ocean Beach, California in 1994, Slightly Stoopid are an American seven-piece band that take influence from rock, reggae, blues, hip-hop, metal and funk. The band were still in high school when they were discovered by Sublime frontman Bradley Nowell and signed to his label Skunk Records, with whom they released their debut album, Slightly $toopid, in 1996. Over the years, the band has released thirteen albums, including four live albums, and their most recent studio album is Everyday Life, Everyday People (2018).