What's my name? Snoop Dogg! That's right he's back on the road for 2019, the groundbreaking Hiphop artist and entertainer will be taking to the stage at Red Rocks this coming spring concert season! Get ready as supporting him on his headline show is none other than Ice Cube himself! Head down on Thursday 18th April 2019 to get your groove on and catch both of their biggest hits LIVE! 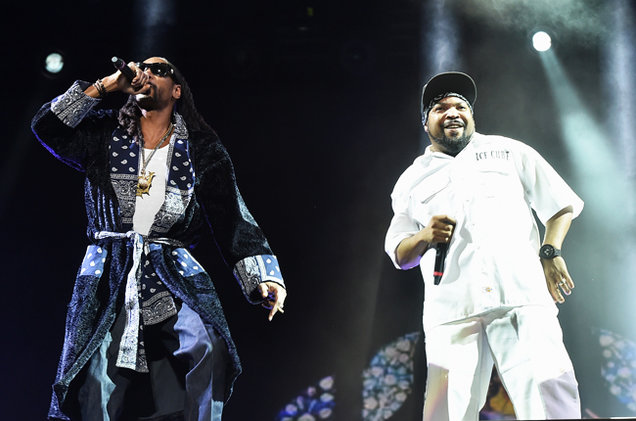 The Californian born hiphop artist, Snoop Dogg (sometimes shortened to Snoop and formerly called Snoop Doggy Dogg and Snoop Lion), has had a successful journey in the mainstream music scene since his debut back in 1992, as he was discovered by the legendary Dr. Dre. Since then his flawless lyrics, smooth beats and charm have gained him a dedicated following of fans all around the world who still wait in anticipation for the chance to catch him live on tour!

In his incredible career of over 20 years, Snoop Dogg has sold over twenty-three million albums in the United States and thirty-five million albums worldwide! And success doesn't stop there, his first album alone sold almost a million copies in it's first week and certified 4x platinum in 1994. The album included some of Snoop's most well known songs to date such as; What's My Name? and Gin & Juice.

2019 marks another exciting, enticing year for the Hiphop artist and this time on the tour dates Ice Cube will be joining him LIVE! Whatcha waiting for?! Head over to the buy now page to secure tickets for this unmissable Red Rocks show!