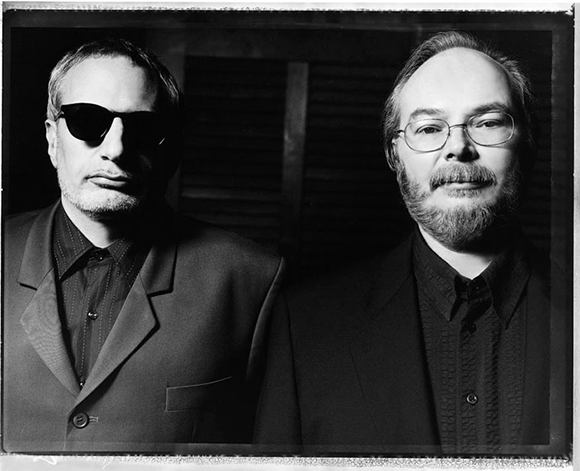 Steely Dan has sold more than 40 million albums worldwide and helped define the soundtrack of the '70s with hits such as “Reelin’ in the Years,” “Rikki Don't Lose That Number,” “F.M.,” and “Peg”.
Combining pop hooks with jazz harmonies, complicated time changes and cryptic, often highly ironic lyrics, the band sounded like no one else.
In 2000 Steely Dan, with Becker and Fagen coproducing, released their first album of new material in over 20 years, Two Against Nature. The record debuted at #6 and won three Grammys, including Album of the Year; its accompanying tour, meanwhile, drew raves. Also that year, Garden Party, an aggregation of smooth-jazz players such as keyboardist Jeff Lorber and saxophonist Dave Koz, put out a Steely Dan tribute album, No Static at All. Steely Dan was inducted into the Rock and Roll Hall of Fame in 2001.

British singer/songwriter Elvis Costello exploded onto the late 1970s new wave scene as a brash singer/songwriter who reinvigorated the literate, lyrical traditions of Bob Dylan and Van Morrison and paired them with the raw energy and ferocity that were principal ethics of punk.
Steeped in wordplay, the vocabulary of Costello's lyrics is broader than that of most popular songs. His music has drawn on many diverse genres; one critic described him as a "pop encyclopaedia", able to "reinvent the past in his own image".[7]

Costello has won multiple awards in his career, including a Grammy Award, and has twice been nominated for the Brit Award for Best British Male. In 2003, Costello and the Attractions were inducted into the Rock and Roll Hall of Fame In 2004, Rolling Stone ranked Costello number 80 on their list of the 100 Greatest Artists of All Time.