Some people call him The Space Cowboy. Some call him The Gangster of Love. Some people call him Maurice… Either way, Steve Miller is a legend and he's bringing his band to Red Rocks Amphitheater on Wednesday 22nd July for a night of quality classic rock to make you dance and smile! Joined by very special guest, and former Eagles guitarist, Don Feldman, this will be a special and unforgettable night! 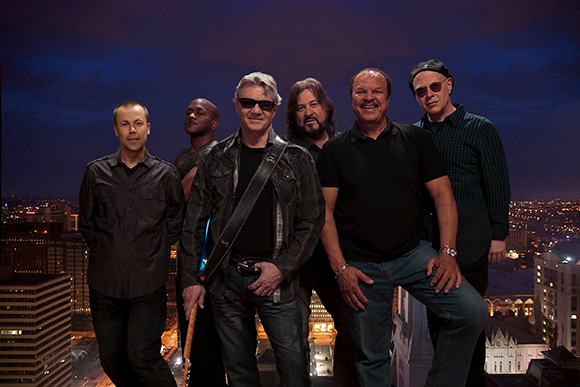 Led by Steve Miller on guitar and lead vocals, The Steve Miller Band is well-known for their classic rock radio staples, mostly released in the mid 1970s. The band was formed in 1966, when Miller moved to San Fransisco to be a part of the burgeoning psychedelic scene. Shortly after, the band signed a monumental contract with Capitol Records, and released their first two albums just one year later. Brave New World (1969) featured the hit song "Space Cowboy", as well as "My Dark Hour" which was co-written by "Paul Ramon" (alias Paul McCartney) who also played drums, bass and guitar and sang backing vocals. Four years and five albums later, The Joker was released, marking a change in direction for the band – moving further away from psychedelic influences toward classic rock. The title track became a #1 single and was certified platinum, reaching over one million sales. The Steve Miller Band marked the 40th anniversary of its iconic album, "The Joker", with the digital release of "The Joker Live". The new album – which features exclusive, unreleased tracks – was recorded on the road in 2014.