Get ready to experience these two talented acts as they bring their huge catalogue of music, both Steve Miller Band and Peter Frampton hit the ball running back in the mid 1960's and haven't stopped taking the stage since.
An incredible show – so get on down to Red Rocks Amphitheater to be a part of it! 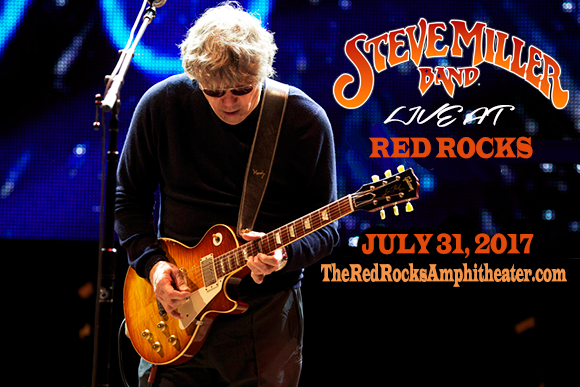 Steve Miller has often been described as one of "the most underrated Guitarists of all time." As he brings his live band to the stage, we are lucky enough to see it all in person in this unmissable show. The Californian – 'Steve Miller Band' American rock band formed in 1966, by the one and only and the next decade would prove their incredible talent with hit singles being churned out onto classic rock radios around the world!