Reggae and Dub fans listen up as Stick Figure have now announced their 2020 dates and will be heading straight down to Red Rocks Amphitheater on Sunday 7th June! As one of the most exciting bands on the American Reggae scene, Stick Figure have been bringing their laid back Californian sound to stages around the world and will now be heading to Colorado to bring all of their uplifting vibes! Come join the party – it's the perfect concert for a Summer night! 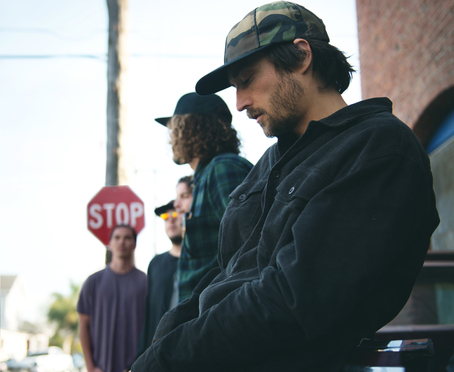 Stick Figure have just released their exciting news with an extensive tour for 2020 and will be coming to Red Rocks this coming Summertime!

With their groundbreaking music on the record and during their live shows, Stick Figure have built up their reputation and are now one of the must-see Reggae bands! Their flawless sound combines traditional roots reggae, with an electronic modern edge and chilled vocals from their lead singer Scott Woodruff, along with the talented members; keyboardist Kevin Bong, drummer Kevin Offitzer, bassist Tommy Suliman and keyboardist, backup vocalist and guitarist Johnny Cosmic. Together they storm the globe and give their fans a beautiful collection of feel good songs, they have sold out shows in major US cities such as their performances in Boston, Austin, Denver and Chicago and have taken to the stage alongside fellow reggae groups; Passafire, John Brown’s Body, and Tribal Seeds.

Their music suits laid back Summer nights as they make you forget about your troubles and take you on a journey through their songs such as; Smokin' Love, Weight of Sound, Fire on the Horizon, World on Fire… the list goes on.

Come and show your love and support for this amazing group as Stick Figure head out on the road for 2020! Tickets are now available for their unmissable concerts – head down to your nearest venue!