If you are on the look out for a jam band performance that offers something more, then String Cheese Incident is a band that fits to a tee! But among jam band lovers, who hasn't heard of them? String Cheese Incident is a band that attracts so much attention. With their over the top theatrics and visual effects, audiences can't help but stop, look, listen, and be amazed. For about two decades now, fans follow their every move, so it comes as no surprise that tickets are moving briskly. Don't let go of this opportunity to be bask in this visual and aural revelry. Go, get your tickets now! 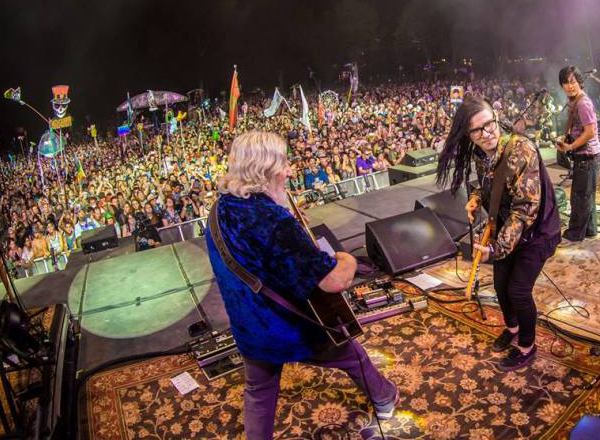 Circa 1993, Creted Butte and Telluride, Colorado. The String Chees Incident (SCI) was formed, composed of Michael Kang (acoustic/electric mandolin, electric guitar, and violin), Michael Travis (drums and percussion), Bill Nershi (acoustic guitar, lap steel guitar, and electric slide guitar), Kyle Hollingsworth (piano, organ, Rhodes, and accordion), and Keith Moseley (bass guitar), and, in 2006, Jason Hann (auxiliary percussion). They are generally classified as a 'jam' band, but to be specific, their music contains elements of bluegrass sounds, as well as rock, electronica, calypso, country, funk, jazz, Latin, progressive rock, reggae, and occasional psychedelia. Their materials are mostly original, as all members are singers and songwriters. The band has released nine studio albums to date, since their debut in 1996. Some of their best hits include: "Song in My Head," "Colorado Bluebird Sky," "Desert Dawn," "Joyful Sound," "Restless Wind," "Can't Wait Another Day," "Best Feeling," and "Sometimes a River."