It’s getting exciting at Red Rocks Amphitheater as fans get in line to grab tickets for this unmissable show! Of course, we’re talking about String Cheese Incident as they RETURN once again to pack out the Red Rocks venue! These guys are something of a legendary performance as they often come to blow the crowd away…

Now confirmed and on sale, here’s your chance to catch them on Saturday 21st July 2018! Book your tickets for you and your friends/family today! 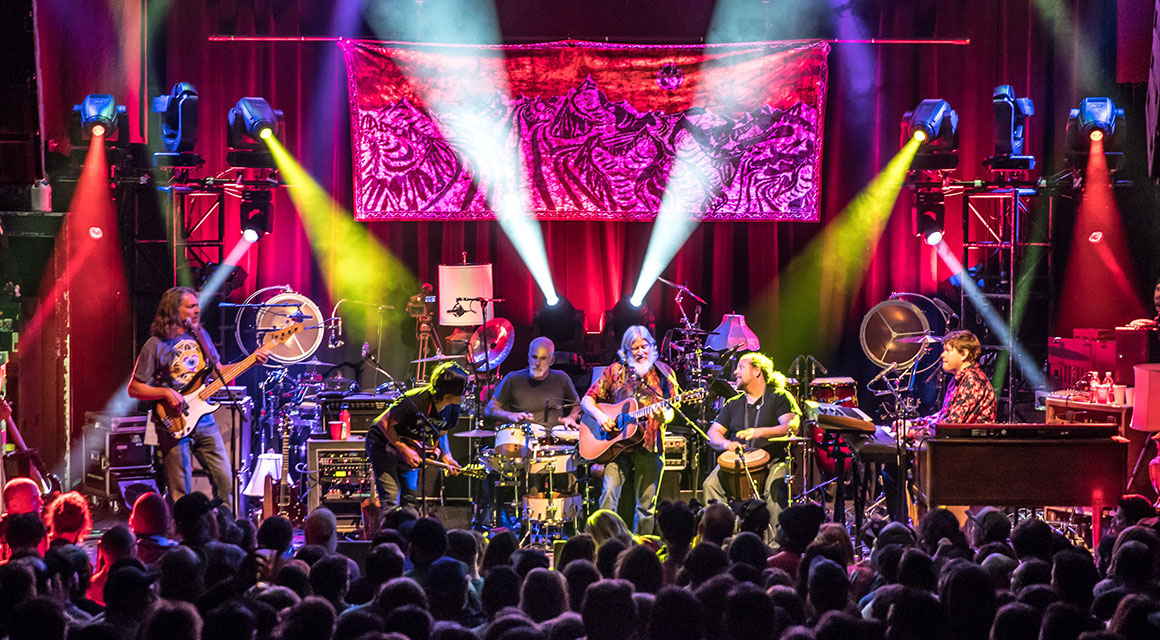 These guys are an absolute pleasure to catch live in concert and are one of Red Rocks ultimate favorites as they bring a colorful display with their soundscape of music that fits beautifully with the rocks and the surrounding views! With their dreamy genre-bending music, fitting so perfectly with the landscape, you can catch them LIVE under the summer sky!

A unique band that have fronted themselves from the get go – SCI took to the stages in 1993 for the first time and later set up their very own record label, in which they were able to self produce and release albums for their dedicated fan base! The Colorado group have had successful recordings of tracks such s; "Land's End," on their self-titled live album A String Cheese Incident and their first debut album, Born on the Wrong Planet.

If you are looking for the ultimate jam band then look no further – SCI have refined their sound with showcasing each and every member in the group as they all have input into the songwriting. Their lyrics are mature and their music content is out of this world with an effortless blend of sound that crosses over several genres!! Rock, electronica, calypso, country, funk, jazz, Latin, progressive rock. reggae, and occasional psychedelia – they've got it all… come and witness them perform LIVE at Red Rocks – you won't be disappointed!