It wouldn’t be summer without the String Cheese Incident in Colorado. The annual Red Rocks weekend tradition continues with a triple bill of String Cheese Incident sharing the stage with Yonder Mountain String Band on Friday, July 15th, Leftover Salmon on Saturday, July 16th, and a special “Phil Lesh Incident” to round up Sunday, July 17th 2022, at Red Rocks Amphitheater. Grab your 3-day pass right here for the most epic of homegrown bluegrass weekends. 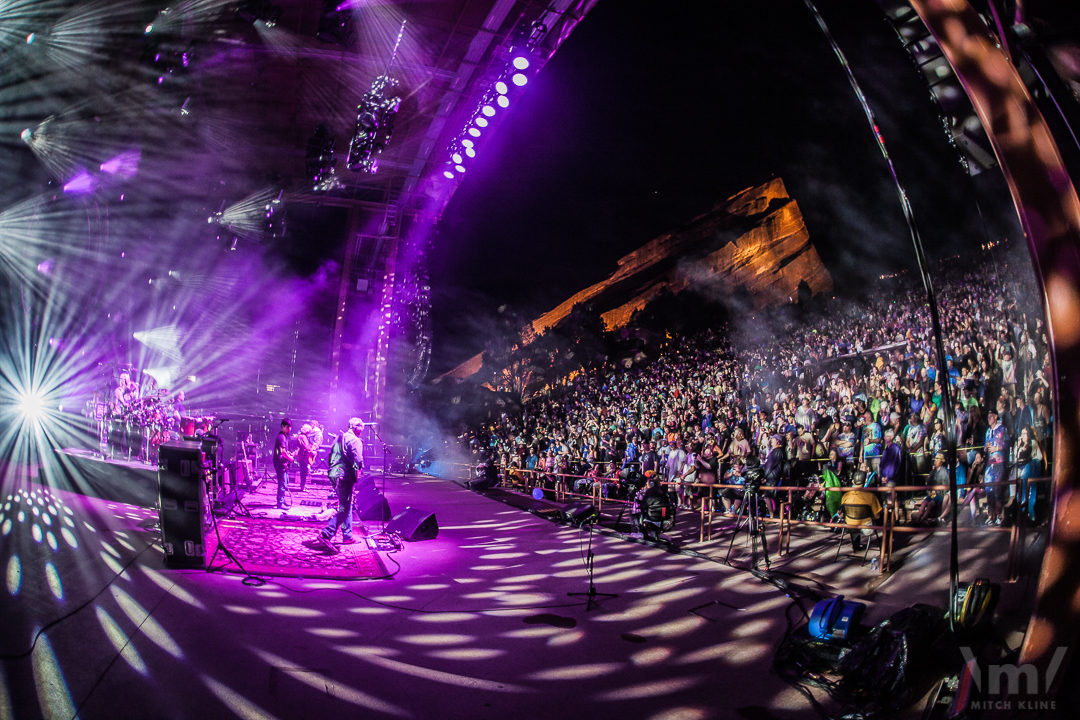 The progressive pioneers of bluegrass, Yonder Mountain String Band, from right here in Nederland, Colorado, is composed of Dave Johnston, Allie Kral, Ben Kaufmann, Adam Aijala, and Nick Piccininni. The band has released five studio albums and several live recordings to date. From the first Yonder shows in the fall of 1998 to their innovative drive-in tour of 2020, this touring force has brought their adventurous musical spirit to countless venues for nearly a quarter-century. Fueled by their desire to make a sound distinctly their own, the band have taken a traditional bluegrass sound and fused it with their diverse musical influences, ranging anywhere from punk rock to the Grateful Dead.

From just below the red rocks themselves, in Boulder, Colorado, the Jam band Leftover Salmon formed in 1989 to play a musical blend of bluegrass, rock, country, and Cajun/Zydeco. Over their thirty years as a band, Leftover Salmon have released seven studio albums and three live albums. They are singer and guitarist Vince Herman, singer, electric guitarist, mandolin and fiddle player Drew Emmitt, singer and bassist Greg Garrison, singer and banjo player Andy Thorn, and drummer and singer Alwyn Robinson.

The only outsider for this bluegrass takeover, all the way from California, Philip Chapman Lesh is a founding member of the Grateful Dead, with whom he played bass guitar throughout their 30-year career. After the band's disbanding in 1995, Lesh continued the tradition of Grateful Dead family music with side project Phil Lesh and Friends, which paid homage to the Dead's music by playing their originals, common covers, and the songs of the members of his band. Phil & Friends is not a traditional group in that several lineups of musicians have played under the name, including groups featuring members of Phish, the Black Crowes, and the Allman Brothers Band.