STS9 – Sound Tribe Sector 9 comes to Red Rocks Amphitheater on Friday 22nd July 2022 as part of their annual colorado run. The Colorado run will see the band performing at the legendary Morrison before concluding the three-day centennial state excursion at Levitt Pavilion on 24th July. This event is included in the band’s three-part conceptual performance in 2019 and was called push the sky. In 2021, they continued it with Sky World, and now they will be performing Walk the Sky. If you want to be a part of this experience from legendary instrumental band STS9, you need to get your tickets ASAP before they are gone! 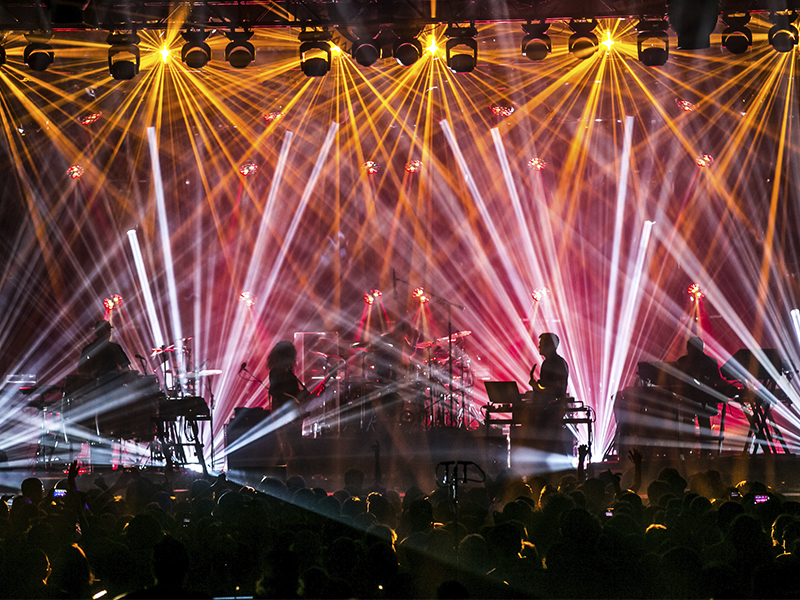 STS9 returns to Red Rocks Amphitheatre for another enthralling experience. This is the final event of the band’s Walk The Sky concert trilogy in 2019. After the pandemic struck, they postponed their 2020 plans to 2021. The band aims to get inspired by native storytelling and mythology to deliver unique experiences truly. This is a concert like no other, where livetronica pioneers elevate the experience of the crowds to another level.
They drew 35,000 fans previously across three nights which was a massive pull. The band itself expressed gratitude for being back in Colorado and performing for such a great crowd. Their music is heavily based on electronic music, jazz, funk, instrumental rock, drum and bass, psychedelia and hip hop. The group chemistry and coordination is everything to STS9. They prefer group rhythm over individual solos, which makes them a joy to watch and listen to. They have released eleven albums, two remixed albums and has toured internationally on various occasions. Pollstar magazine also top-ranked them among the top-grossing touring acts. If you’re in Colorado on these dates, you just cannot miss a fantastic Sound Tribe Sector 9 performance. Get your tickets right now before they are sold out!