The incredible solo artist – Sturgill Simpson is coming to Red Rocks Amphitheater on Monday 25th September 2017!
Sturgill will be giving an unforgettable performance in this special showcase of brand new material LIVE on the Red Rocks stage… If you love Country roots music then this is truly the one for you – book your tickets today to make your Fall concert list complete! 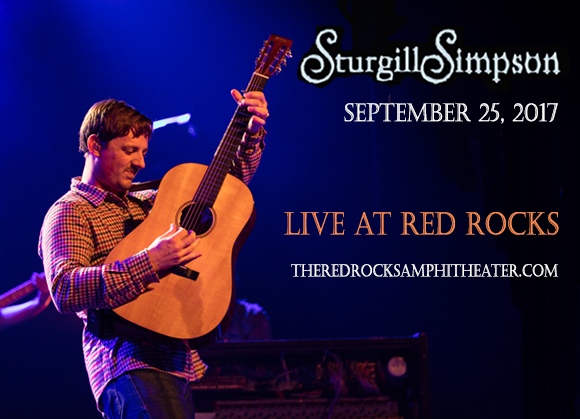 "We've been trying to keep it under wraps to avoid the inevitable rumor mill, but last night's gig in Okeechobee FL officially marks the beginning of a new chapter," Simpson wrote. "We're all very sad to say that after nearly four years Laur Joamets has decided it's time to move on to pursue greener pastures and a gig with little more wiggle room for him to stretch out. It's been a pleasure and an honor watching him grow into one of the baddest guitar players on the planet and everyone in the band wishes him the best in his future endeavors."

"I realized last night how much I've missed playing electric guitar without even knowing it, so I guess as they say, 'It was time,'" Simpson wrote, adding he also thought it time to "move on from the sonic template" of his Grammy-winning album, A Sailor's Guide to Earth and "get started on 'what's next.'"