Be ready to immerse yourself in another concert event that will set the Red Rocks Amphitheatre stage on fire! If you are up for an event celebrating rock, ska, reggae, punk, hip-hop, and everything in between, come to the iconic Colorado venue this April 28 to witness Sublime with Rome and Bone Thugs N Harmony give an exhilarating concert performance. Aside from performing their career-defining hits, Sublime with Rome will play songs from the iconic "40oz. to Freedom," the debut album of its predecessor band Sublime. Whether you have been a fan of Sublime since the early 90s or just recently discovered their enigmatic ska-punk tunes, these songs will bring nothing but excitement to your ordinary Friday night. Get your tickets now, prepare to Get Out there, Smoke Two Joints, and party the night away! Click the "Get Tickets" link to reserve tickets now! 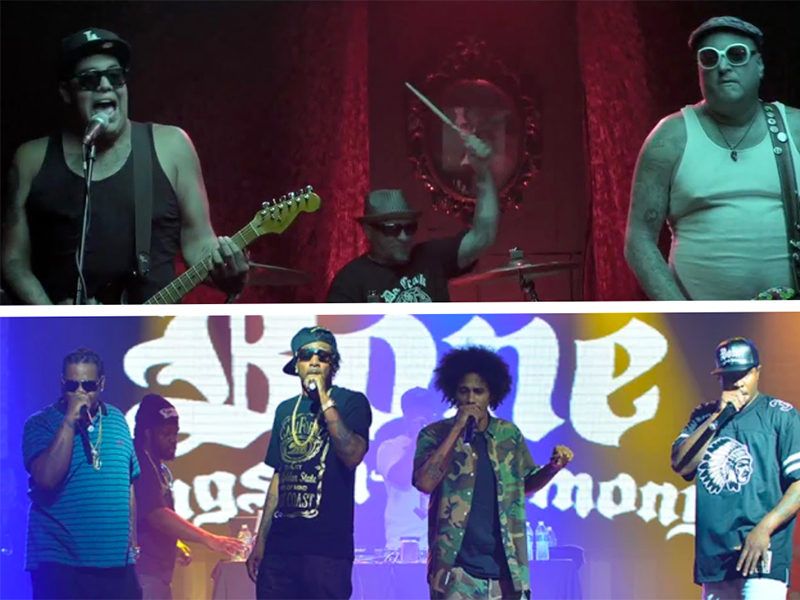 Sublime with Rome is an American reggae rock band formed in 2009 by Eric Wilson, formerly of the band Sublime, and Rome Ramirez. The band is a collaboration between Wilson and Ramirez and is not a continuation of Sublime. Sublime with Rome was formed in 2009 when Eric Wilson, formerly of the band Sublime, was contacted by Rome Ramirez, a young singer and guitarist from California. Ramirez had been a fan of Sublime since he was a teenager and had been performing Sublime songs in his own band. Wilson was impressed by Ramirez's talent, and the two decided to collaborate. The band released its debut album, "Yours Truly," in 2011. The album featured a mix of original songs and covers of Sublime songs, and was a commercial success, reaching number five on the Billboard 200 chart. The album spawned the hit single "Take It or Leave It," which reached number one on the Alternative Songs chart. Since then, Sublime with Rome has released two more albums, "Sirens" in 2015 and "Blessings" in 2019. Sublime with Rome has been praised for their ability to capture the spirit of the Sublime while still creating their own unique sound. Their music is a mix of reggae, punk, and ska, and their live shows are energetic and engaging. The band has become a favorite of fans of Sublime and has helped to keep the legacy of the original band alive.

Bone Thugs N Harmony is an iconic hip-hop group from Cleveland, Ohio, that has been making music since the early 1990s. The group consists of five members: Krayzie Bone, Wish Bone, Layzie Bone, Bizzy Bone, and Flesh-N-Bone. Bone Thugs N Harmony has released nine studio albums, with their most successful being their 1995 album, "E. 1999 Eternal." This album featured their most successful single, "Tha Crossroads," which won a Grammy Award for Best Rap Performance by a Duo or Group in 1997. The group has also released several other successful singles, such as "1st of tha Month," "Thuggish Ruggish Bone," and "Look Into My Eyes." They have been praised for their style of rapping that involves the members of the group rapping in a fast-paced, melodic style, often with each member taking turns rapping a line or two. This style of rapping has been influential in the hip-hop community and has been adopted by many other artists. Bone Thugs N Harmony has also been praised for their lyrical content, which often deals with themes of struggle, pain, and perseverance.

Prepare for a burning concert at the Red Rocks Amphitheater on Friday, April 28. The famed groups will showcase their hardcore music, ready to fire up the day. Reserve tickets now!