Californian reggae group Sublime with Rome are coming to Red Rocks Amphitheater on Monday 27th June 2016! Sublime with Rome are embarking on an exciting North American tour, bringing their amazing classic tracks plus singles from their most recent release, the 2011 Yours Truly – "Panic" and "Take it or Leave It." This great collaboration between Ska Punk favorites Sublime with vocalist Rome is one that has to be seen LIVE the energy is going to be electric – don't miss out on their summer show! 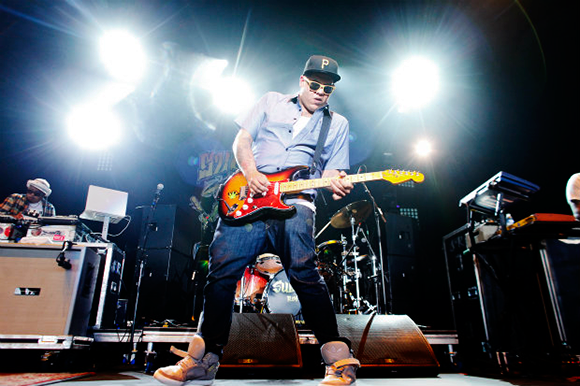 "This summer tour is going to be a very special one for us,” said Rome. “Dirty Heads are family, so to be able to hit the road with them again is a blessing. Performing ‘Lay Me Down’ with them and in return having them come out for our song, ‘Sirens’ is going to be something all of the fans will remember!"

"We were the kind of band that would sit on the edge of the stage and hang out and talk to the people who paid for the tickets that night. That went a long way. It was a bond between the band and the fans that were there at the time. The people who didn't get to see that wanted to be a part of it. For me it would be like if Zeppelin came around with Jason Bonham, I would love to go see those guys. I never got a chance to see them. It's that and the nostalgia. The fans wanted to relive that. It was the soundtrack to their lives when they were growing up."