The Red Rocks Amphitheatre will light up this spring with an EDM party of colossal proportions as the famous DJ, Subtronics, comes back to the famous Colorado venue for a two-night concert event that will blow your mind. Catch the first night of Subtronic's "Cyclops Rocks III" this April 13 and party to the electronic beats and aggressive dubstep of the Philadelphia-based artist. Last year's Cyclops Rocks was a massive success, and this one is sure to be another monumental one. With guests, Pendulum (DJ set), Hot!, Leotrix, Artix, and Sweettooth, this concert party promises nothing but next-level entertainment. So be sure to get your tickets ahead of time because they will likely run out soon. 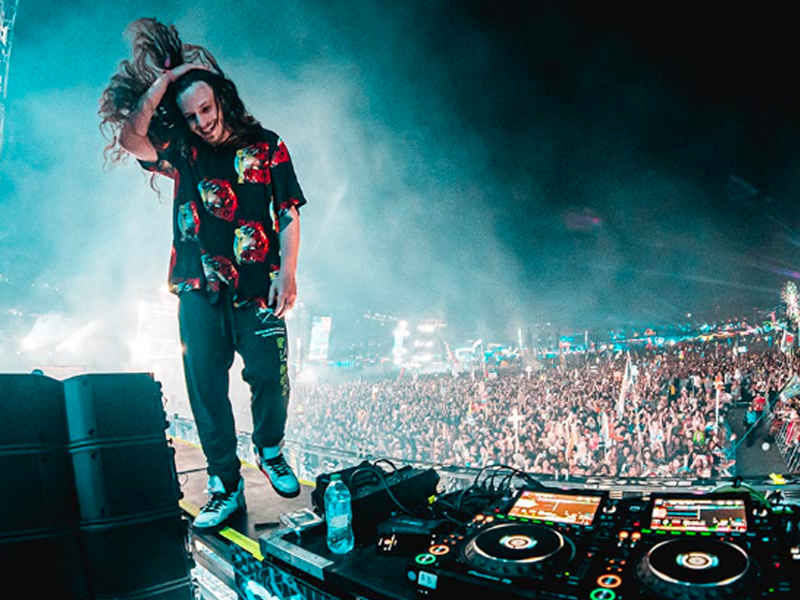 Jesse Kardon made a name for himself as DJ Subtronics. He is known for his aggressive, filthy dubstep, as well as a riddim, the more minimalist version of the genre. His passion for EDM pushed him to great new heights, and he is unstoppable.

The talented DJ began experimenting with EDM while he was in middle school. The first time he attempted to produce dubstep was in high school. He practiced and watched internet courses for several years. In 2014, he began releasing music. This start in his music career was followed by many EP releases. In 2017, his five-volume mix series Now That's What I Call Riddim, which featured hundreds of tracks, many of them rarities and exclusives by big acts like Skrillex and Excision, helped him become well-known in the EDM world. Subtronics became well-known in the EDM world thanks to the series, which also helped him become a fixture in the scene. He hit another gold in 2019 when "Griztronics," his collaboration with DJ GRiZ, went viral in 2019.

As part of the lineup of Pendulum (DJ Set), the mosh pit will overheat with Subtronics music at the Red Rocks Amphitheater on Thursday, April 13. Get tickets now before they sell out!