Are you ready for a Hydro Funk Experience? Electronic Jam Band SunSquabi are playing live at Red Rocks Amphitheater on Thursday, May 6th 2021. If Hydro Funk feels like your thing, then float on down, tether yourself to the avant-garde spaceship with Colorado-based SunSquabi on the frequency. This cosmic wonderland is a melting pot of a variety of musical genres, and it represents the future of music. The band’s live show can be described as an ‘Electronic Hydro Funk Experience’ that is different every single time out. SunSquabi continues to break down and analyze the expectations of what a “Live-Electronic” band should be. 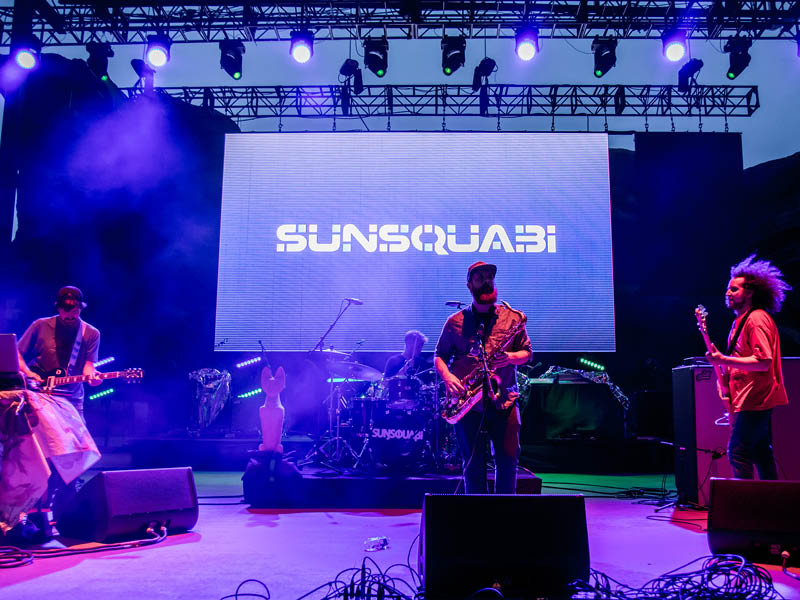 SunSquabi are putting on their first ever Red Rocks headline performance on Thursday, May 6th! They have been working on putting together their most unique show to date with tons of new music, that they have been working on over the past year.
A three-piece suit from Boulder Colorado, SunSquabi consist of the talents of Kevin Donohue on guitars and keys, Josh Fairman the bassist and synth and Chris Anderson playing the drums. Their Hydro Funk Experience can most easily be described as a trippy blend of jazz, funk, cosmic disco, classic rock, and hip-hop fused together with looping technology, live improvisation, and a willingness to take chances. The band have been catching the eyes and ears of music fans and critics around the world with their ever-evolving sound in the studio and on the live stage. SunSquabi unveiled their latest album ‘Instinct’ in January of 2019. The 10 track LP finds the band at their highest peak as they have been dedicated to the metamorphosis of capturing elements in their live performances in the studio as improvisational jams have been fleshed out into full-blown songs and staples in their repertoire.