Experience the unique and inventive electric sounds of Sylvan Esso at the iconic Red Rocks Amphitheatre this September 10! This concert is sure to be an explosive eargasm that will captivate everyone. Listen up as they will be performing their all-time faves such as "Die Young," "Ferris Wheel," "Sunburn," and "Coffee." Do not miss this chance to hear Meath's powerful and haunting voice and Sanborn's complex and textured production. This concert's cherry on top is Indigo De Souza's intimate, anxious indie rock songs. Come join the fun and groove to the dynamic and uplifting sounds of Sylvan Esso with Indigo De Souza. Get your tickets now, and don't miss out on this incredible show! 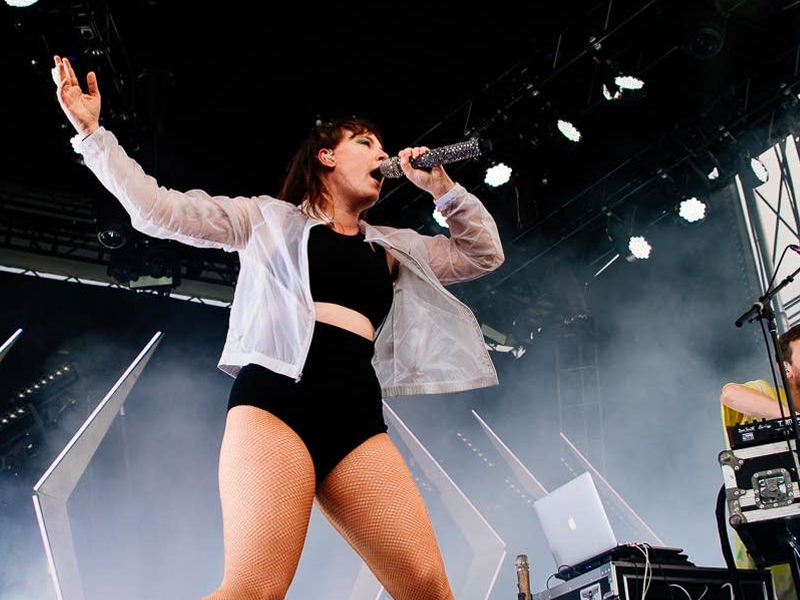 Sylvan Esso is an American electronic music duo from Durham, North Carolina, composed of vocalist Amelia Meath and producer Nick Sanborn. They burst onto the scene in 2014 with their self-titled debut album, which received critical acclaim. Since then, they have released three more albums and have toured extensively in Europe and North America.

Sylvan Esso are known for their unique blend of electronic music, which is both experimental and accessible. Their sound combines various influences, including folk, pop, rock, hip-hop, and R&B. Meath's powerful and haunting vocals provide the perfect accompaniment to Sanborn's complex and textured production. The duo's music is both heartfelt and energetic. They have an unerring knack for crafting infectious, earworm melodies, and the combination of Meath's passionate and emotive vocals and Sanborn's energetic and imaginative production creates a sound that is both captivating and exhilarating.

The duo has achieved immense success in a relatively short space of time. In a matter of years, they have gone from being a relatively unknown duo to a critically acclaimed act, playing to sold-out crowds all over the world. Their albums "What Now" (2017) and "Free Love" (2020) are game changers for the duo, with both receiving positive critics and high placements on the charts.

Experience Sylvan Esso's inventive and accessible music at the Red Rocks Amphitheater on Sunday, September 10. Joining in on the fun is Indigo De Souza, who is sure to bring her intimate, anxious indie rock songs to the famous Colorado venue. Reserve tickets now by hitting the "Get Tickets" link.