Lo-fi electronic duo Sylvan Esso comes to Red Rocks Amphitheater on Wednesday 18th July 2018! Bringing their danceable, minimalist dream-pop to the Red Rocks stage, the pair are touring in support of their 2017 smash-hit album What Now, which received a Grammy Award nomination for "Best Dance/Electronic Album"! 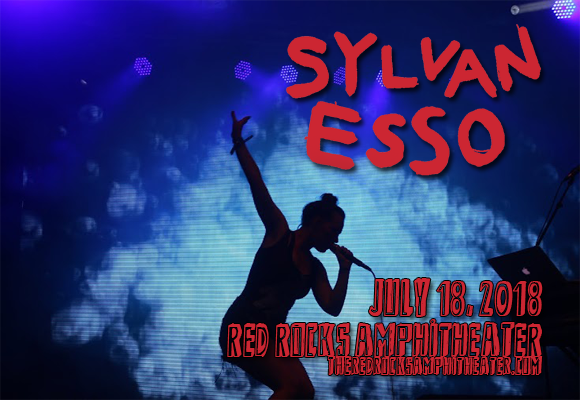 American electronic music duo Sylvan Esso consists of vocalist Amelia Meath and producer Nick Sanborn and was formed in 2013. At the time, Meath had recently returned from a year-and-a-half tour with Feist as part of her folk trio, Mountain Man, and Sanborn was taking a break from his band Megafaun. Their critically acclaimed, eponymous debut album was released on Partisan Records in 2014 and reached number 39 on the Billboard 200. Thir follow-up album, What Now, was released in 2017, receiving a Grammy Award nomination in the "Best Dance/Electronic Album" category.