Tash Sultana comes to Red Rocks Amphitheater on Sunday 12th June 2022 as part of their first-ever U.S tour. Their 2022 tour includes dates across Europe, including Germany, Switzerland, Italy, Sweden, and the United Kingdom. Sultana became the first artist without a debut album to sell-out three dates at London’s Brixton Academy. Sultana also had her own custom Fortnite map earlier this year, a growing phenomenon among contemporary musicians and artists. Fans are eagerly awaiting her return to the stage, and ticket demand is on the rise. If you’re looking to buy tickets, make sure you do it right now! 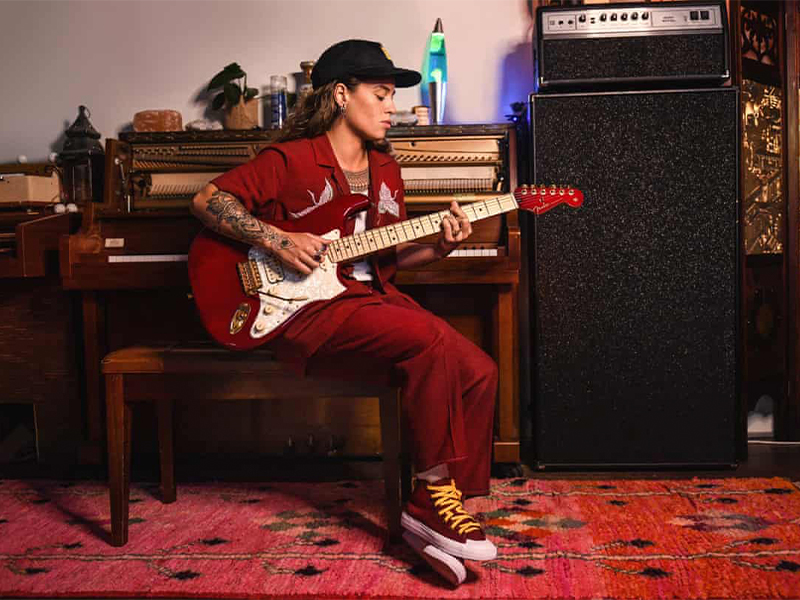 Tash Sultana rose to fame through one of their unfiltered performances, a bedroom video of Jungle which currently has 93 million views on Youtube. Tash has produced incredible energy every time they are out there to perform, whether a Youtube video or a stage in front of thousands. Coming from humble beginnings, the fame and popularity have provided Sultana with a lot more clarity now, and they understand the importance of taking time for themselves. Still, they always keep the fans in mind.
Just like so many other artists, Tash Sultana’s plans were also disrupted, but for them, the pandemic was a blessing in disguise. Sultana’s 2020 tour was already planned before any of the pandemic news emerged and the artist was beginning to feel the burnout. As it happened, all events were canceled and they were able to spend some quality time at home. According to them, the new album may not have been possible had it not been for the pandemic. However, now that they are back to performing for live audiences again make sure you buy your tickets ASAP before they sell out. Red Rocks is Colorado’s most famous event venue, so every possibility that it could sell out immediately.