Future house fans get excited!! There’s no better place to be than the Red Rocks Amphitheater, as legendary producers Tchami and Malaa have joined forces for an epic co-headlining show at Colorado’s iconic venue!! Get ready for the show of your life on Friday 11th May 2018 – book early as tickets will be snapped up FAST!! 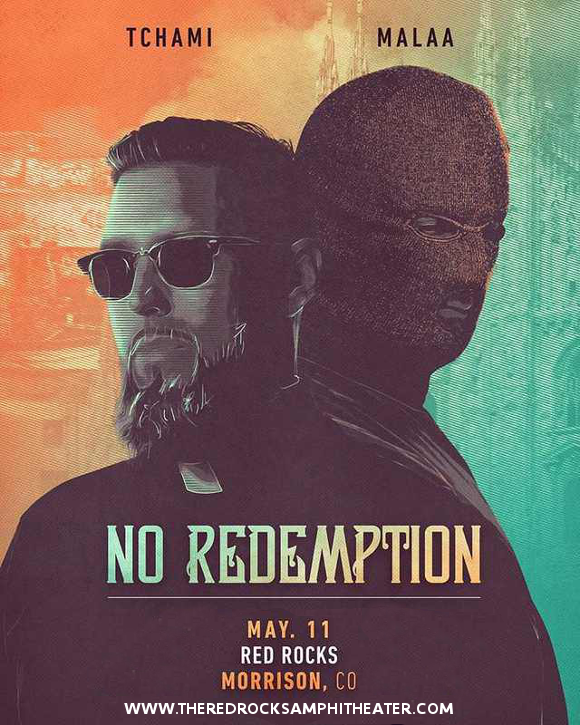 Martin Joseph Léonard Bresso, better known as Tchami, is widely regarded as one of the pioneering figures of the future house movement together with Oliver Heldens and Don Diablo. First gaining widespread recognition with his remix of "Go Deep" by Janet Jackson, after which he embarked on some massive tours with names including DJ Snake and Skrillex. Malaa rose to fame with his song “Notorious”. His identity is unknown, and he always appears on stage wearing a balaclava. Speculations as to who he really is range from DJ Snake to Tchami, but whoever he is, he guarantees an incredible live set!!

The Red Rocks show is part of a special pair of bonus dates from the French duo’s huge No Redemption Tour, off the back of which the pair released the No Redemption Tour Remix Pack, featuring their remixes of songs from producers including Fatesky, Noisu, and Keeld.

Listen to their collaborative track “The Sermon,” below – but don’t wait about too long to get tickets, as they won’t last!!