80s legends Tears For Fears will be visiting Red Rocks Amphitheater on Monday 3rd October 2016 for a night peppered with hits from their illustrious career! Having been forced to postpone their summer 2016 tour 'due to a family illness', the band have rescheduled and are making it up to fans with news of a brand new album on the way! Don't miss your chance to see these guys live! 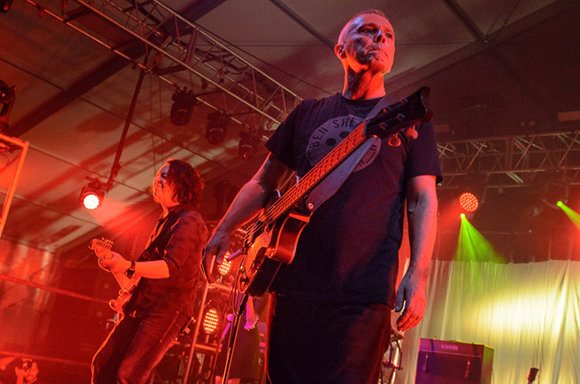 English new wave band Tears For Fears formed in 1981 from the ashes of their previous mod-revival act Graduate. Following their hugely successful single “Mad World”, which was released in November 1982, their platinum-selling debut album, The Hurting, was released in March the next year and reached number one on the UK Albums Chart. It was their top 5 UK hit single, “Shout,” which paved the way for the band's second album, Songs from the Big Chair, reaching number one on the US Billboard 200 and achieving multi-platinum status in both the UK and the US. The album spawned Billboard Hot 100 number one "Everybody Wants to Rule the World"', which won the Brit Award for Best British Single in 1986. After the release of their third platinum-selling album The Seeds of Love (1989), the band parted company until they reformed in 2000 and released an album of new material, Everybody Loves a Happy Ending, in 2004. To date, Tears for Fears have sold over 30 million albums worldwide, including more than 8 million in the US.