Rap horrorcore superstar rapper Tech N9ne is flying high with his “IT GOES UP TOUR 2019.” Indeed, the rapper shows no signs of slowing down as he is hell-bent on keeping his all-time record of averaging nearly 200 shows per year. With his 90 shows in 99 days feat. he set the record, earning himself a coverage from the Wall Street Journal and seizing the #1 spot on NME’s list of the hardest touring hip-hop acts. Tech N9ne will cover more ground, including his much-awaited performance at the Red Rocks Amphitheater on Saturday 19th October 2019. Likewise, his fans stop at nothing to get their hands on this hot ticket! Book yours now! 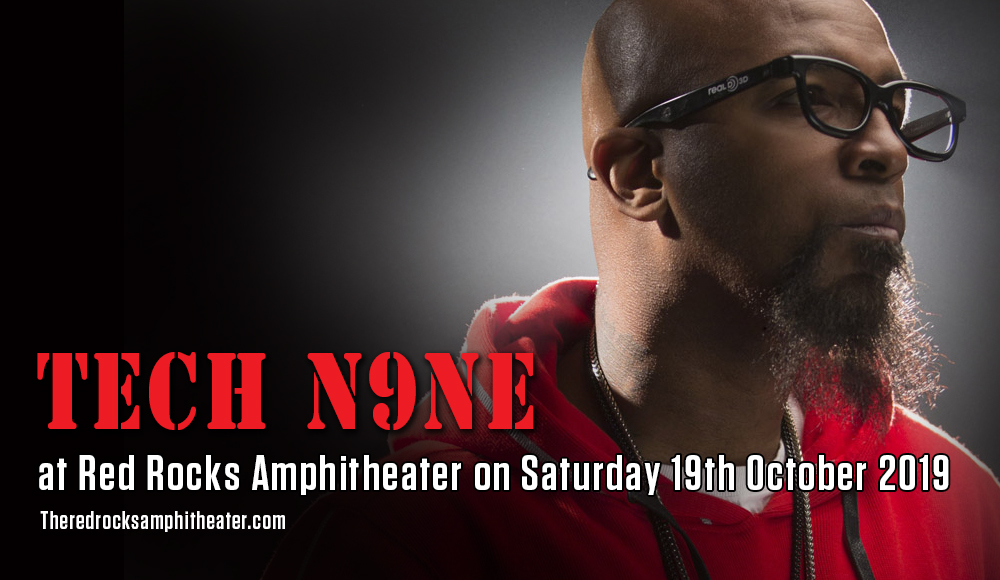 His fast-rhyming Chopper style of rapping has elevated him to the top of his game. Aaron Dontez Yates was bestowed with the moniker Tech N9ne by rapper Black Walt, likening his fast-rhyming raps to a TEC-9 semi-automatic handgun. While Yates further explains that his moniker represents "tech" meaning technique and "nine" representing the number of completion.

Tech N9ne started his music career in 1991 as a rapper in the group Black Mafia. After the group disbanded, Yates settled on pursuing a solo career and formed his own record label Strange Music. He has sold over two million albums, which include “Absolute Power” his first studio album to make it on the Billboard charts; seventh album “Killer”, was able to achieve his 1 millionth album sale and reached No. 12 on the Billboard 200 chart. 2018’s "Planet" was Tech N9ne’s 20th full-length studio album that landed on the #1 spot on the Billboard Top Rap Albums Chart, #1 on the Top R&B/Hip-Hop Albums Chart, and #1 on the Top Indie Albums Chart. Critics and the press lauded him with glowing reviews that said: “Tech has managed to maintain the lyrical and musical intensity of a man half his age, an intensity that many people never even reach.”

Pick up the pace and hurry…tickets are moving out fast. Catch it while you can!