One of the rap industry’s most influential artists is back on tour! Tech N9ne brings his new record on the road with Asin9ne Tour 2022. Get ready as the rap legend prepares for a much-awaited trek across North America to promote his latest critically-acclaimed album, Asin9ne, released in October 2021. Tech N9ne has been highly-regarded by fans and critics for his energetic rhymes and chops. This rap dynamo has also collaborated with numerous mainstream artists, including Eminem, Snoop Dogg, Kendrick Lamar, Dwayne "The Rock" Johnson, and Twista. On Sunday 1st May 2022, Tech N9ne stops at the Red Rocks Amphitheater, so Colorado fans better get their move on those tickets! 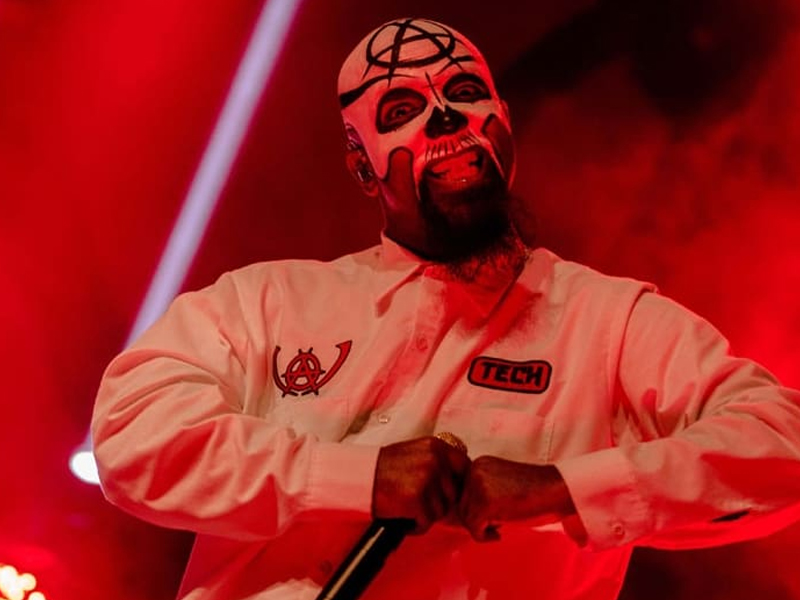 Tech N9ne, whose real name is Aaron Dontez Yates, has been rapping since the early ‘90s. At the beginning of his career, he founded an independent record label called Strange Music. Through his label, Tech N9ne has released fifteen studio albums. He has sold over two million records, and his tracks have been used in films, television programs, and video games. Although

Tech N9ne has managed to shun the mainstream scene for most of his career, but his 2015 record, Special Effects, had other plans. The album entered the Billboard 200 chart debuting at number four upon its release. During an interview with Rolling Stone, Tech N9ne shared his thoughts about breaking through the mainstream. “So weird to me, so weird. The first little whiff of it was last year with ‘Fragile’ with me and Kendrick Lamar and ¡Mayday! and Kendall Morgan. That was surprising because I did not write that for the radio. I was mad at a journalist that said something sideways about me that was not true — LA Weekly or whatever — and the next thing you know, it’s on the radio.” “Fragile” is a single from his 2013 release, Something Else, which peaked at number four on the Billboard 200 chart.

Although he’s an independent artist, Tech N9ne’s music has always found its way into the charts. With numerous collaborations with top rappers and producers, it’s only a matter of time before the masses discover this rap holy grail. Tickets to his show are now available. Come and see Tech N9ne perform at the Red Rocks Amphitheatre!