Midwest Chopper Tech N9ne is back, and he's heading to Red Rocks Amphitheater on Sunday 9th October 2016 for a night of the sickest beats, the fastest rhymes and the dopest flow around! Spitting quicker than his namesake fires shots, Tech N9ne knows how to make a crowd bounce! Be there – it's gonna be off the hook! 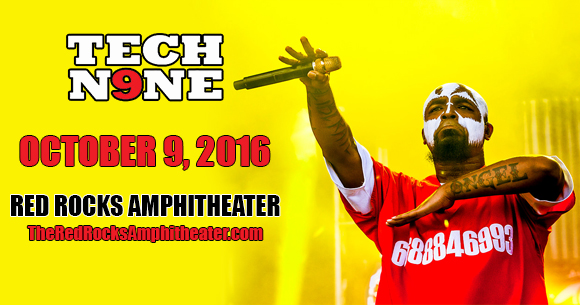