The "Wheels of Soul" will go round and round this 2020 as Tedeschi Trucks Band are going pedal to the metal with their current tour. This modern blues-rock-soul outfit are showcasing their high octane performance in venues all over the country. One of their highly anticipated stops will be at the Red Rocks Amphitheater on Saturday 1st August 2020. Led by the husband and wife team of guitarist Derek Trucks and vocalist/guitarist Susan Tedeschi, TTB announced that this will be a triple-billing show featuring St. Paul and the Broken Bones, with Tedeschi Trucks Band keyboardist Gabe Dixon. A triple treat for fans who are eager to hop on a soul trip. Book and buckle-up for those tickets now! 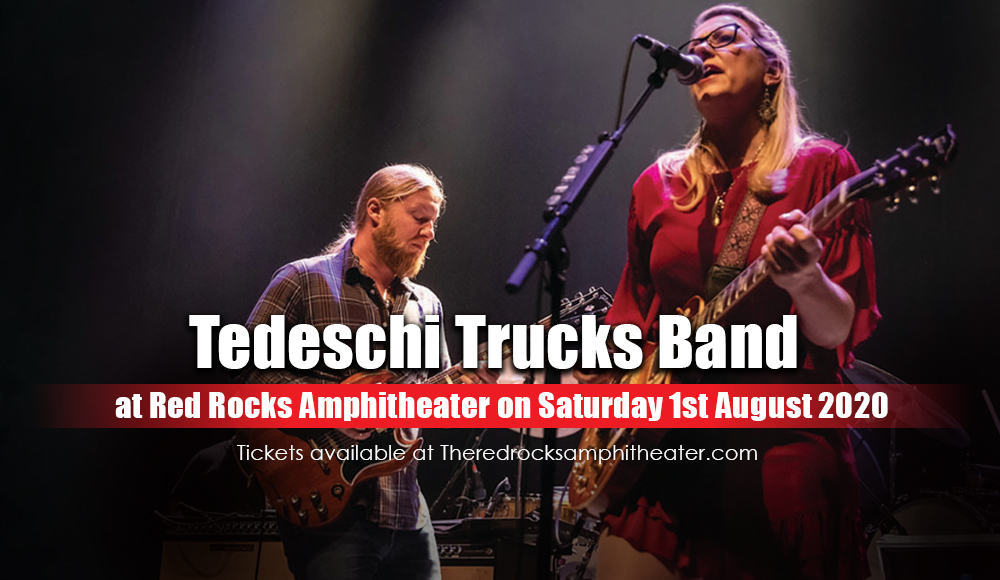 Tedeschi Trucks Band are fronted by husband and wife team of guitarist Derek Trucks and vocalist/guitarist Susan Tedeschi. The band's artistic machinery is powered by their unique brand of modern blues-rock-Americana-soul music. They're a relatively young band formed in 2010, with their debut album, "Revelator" released in 2011, readily won the 2012 Grammy Award for Best Blues Album. To date, TTB has released four studio and two live albums.

Tedeschi Trucks Band is marked by their driven and compelling tours, described by the press as “nothing short of exhilarating,” (Salon), “nonstop excellence, virtuosity and musical community on all fronts.” (Chicago Blues Guide), and “…seamlessly showcases the genuine transformative power of music.”

And for their 2020 tour dubbed as "The Wheels of Soul", they're keeping their rock-solid reputation of a high-geared live show, stating that “TTB has meticulously curated their flagship multi-band summer tour with the same focus on putting together not just a spectacular triple bill, but a true musical collaboration among the three bands to create a unique and unparalleled evening of music.”

No need to drive far to get tickets. Maneuver your fingers towards the 'buy tickets' link on this site and with a few easy clicks, you'll be well on your way cruisin' to the Red Rocks to witness a show beyond amazing!